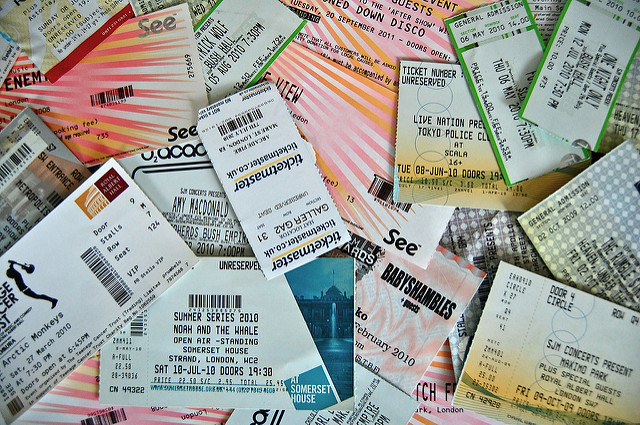 How many times have you dedicated your time to buying concert tickets of your favorite band or rapper at the very second the tickets go on sale? But despite you being on the ticketing website the very second the show goes on sale the entire show sells out in minutes or even seconds? You may have known that scalpers use bots to snatch up tickets as soon as they go on sale and then sell them for massive markups. However, a new eye-opening report claims that not only does Ticketmaster allow this practice, but they are encouraging it and paying ticket brokers handsomely with a secret scalper program.

An undercover investigation by CBC News and the Toronto Star found that Ticketmaster’s resale division has allegedly been empowering scalpers to rig the ticket system. Investigative journalists from both of the Canadian media outlets were able to pose as scalpers and uncovered a sleazy scam by Ticketmaster that screws over actual fans of the music artists.

This year, Ticketmaster introduced a professional reseller program called “TradeDesk.” Ticketmaster calls the program “The most powerful ticket sales tool ever,” but it is actually a web-based inventory management system purposely created for scalpers. The platform allows ticket agents to purchase massive amounts of tickets on Ticketmaster and then resell them on the secondary marketplace, where Ticketmaster earns a percentage of the sale. This allows Ticketmaster to make money on both transactions from only ONE ticket.

TradeDesk resellers get a three percent discount on Ticketmaster’s usual seven percent selling fee if they use TradeDesk. Big-time resellers get more incentives when they reach $500,000 and $1 million in sales. Meaning that Ticketmaster wants scalpers to resell tons of tickets.

In order for scalpers to make money from the TradeDesk, they need to sell a lot of tickets. “If you want to get a good show and the ticket limit is six or eight … you’re not going to make a living on six or eight tickets,” said Ticketmaster Resale director Casey Klein at the Ticket Summit 2018 conference in Las Vegas last March. The conference was closed to the media and was called: “We appreciate your partnership: More brokers are listing with Ticketmaster than ever before.”

An undercover journalist was told that there are 100 ticket brokers in North America who are using TradeDesk to sell huge amounts of tickets. “I think our biggest broker right now has probably grabbed around 5 million,” Klein said.

“I have brokers that have literally a couple of hundred accounts,” a Ticketmaster sales representative said. “It’s not something that we look at or report.”

Ticketmaster’s own site says the company’s ticket limit “policy is in effect to discourage unfair ticket buying practices.” Which turns out to be complete and utter bullshit.

When purchasing tickets on our site, you are limited to a specified number of tickets for each event (also known as a “ticket limit”). This ticket limit is posted during the purchase process and is verified with every transaction. This policy is in effect to discourage unfair ticket buying practices. We reserve the right to cancel any or all orders and tickets without notice to you if you exceed the posted limits. This includes orders associated with the same name, e-mail address, billing address, credit card number or other information.

When a Ticketmaster employee was asked if the company will ban scalpers who use bots to purchase huge quantities of tickets they responded by saying, “We’ve spent millions of dollars on this tool. The last thing we’d want to do is get brokers caught up to where they can’t sell inventory with us. We’re not trying to build a better mousetrap.”

Ticketmaster is now accused of running what looks like an underground ticket scalping project that may be driving up prices and costing consumers millions.

“Ticketmaster is a technology platform that helps artists and teams connect with their fans. We do not own the tickets sold on our platform nor do we have any control over ticket pricing — either in the initial sale or the resale. In both cases, prices are set by the seller. We also do not determine when tickets are available for purchase or how they are allocated — those decisions are communicated to us by our client, the venue, after consultation with the event presenter.

As long as there is an imbalance between supply and demand in live event tickets, there will inevitably be a secondary market. As the world’s leading ticketing platform, representing thousands of teams, artists and venues, we believe it is our job to offer a marketplace that provides a safe and fair place for fans to shop, buy and sell ticket sin both the primary and secondary markets.”

It would surprise nobody that Ticketmaster is greedy AF. However, if this exposé is true then it is absolutely infuriating that Ticketmaster is in bed with scalpers and bends their own rules just to earn a second payday on the tickets they have already made significant money on.