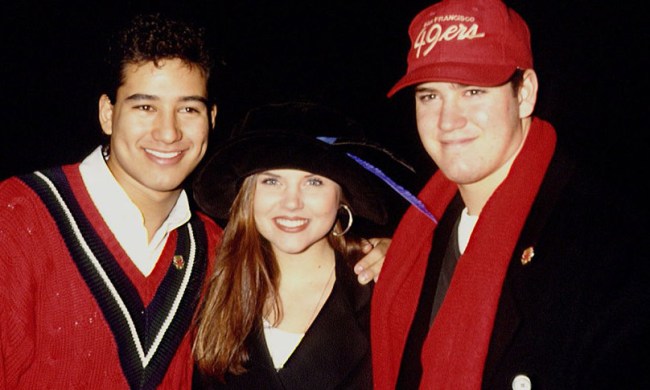 In news that could have changed the landscape of television had things gone differently, Tiffani Amber Thiessen revealed that had a shot at playing the part of Rachel Green on Friends instead of Jennifer Aniston.

In between her acting gigs on Saved by the Bell and Beverly Hills, 90210, Thiessen auditioned for Friends, but was deemed to young for the role at the time.

Appearing on Nikki Glaser’s SiriusXM show, Thiessen shared, “Did you know I tested for Friends, for Jennifer Aniston?” Adding, “I was just a little too young. I was a little too young to the pairing of the rest of them.”

She was 20-years-old at the time, Aniston, who, as we all know, got the role, was 25. Also, did you know that Jane Krakowski and Courteney Cox also tried out for the role of Rachel?

Can you imagine Friends with Thiessen as Rachel and Krakowski as Monica?

Thiessen went on to play Valerie Malone on Beverly Hills, 90210 from 1994 to 1998 and currently stars in the Netflix sitcom Alexa & Katie.

You know who else probably could have played Rachel Green if she wasn’t, you know, 10-years-old at the time? Nikki Glaser.