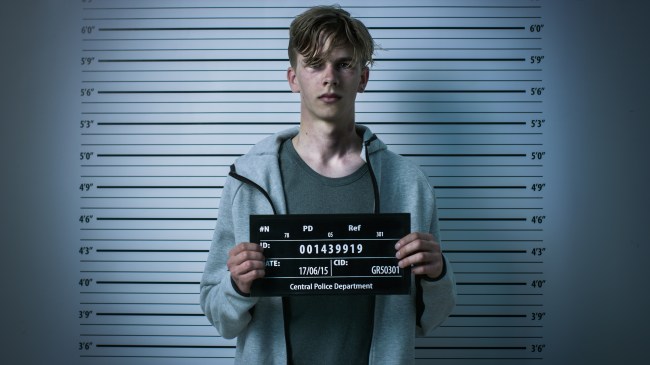 The “Skull-breaker challenge” is the latest chapter in TikTok’s efforts to lower college enrollment. Millenials and boomers love to bemoan the idiocy of today’s youth, but the only thing new about their antics is that they film everything. We did the same dumb shit growing up. We just did less of it because our point-and-shoot digital cameras could only store three minutes of shaky footage at at time. We suffered fewer broken arms due to SD card storage limits, not intelligence.

Remember backyard wrestling? There was a huge outcry when kids started paralyzing themselves as they tried to recreate top-rope wrestling moves at home.

My childhood was spent trying to create our own Jackass stunts that we filmed on a tiny Nikon. My friends would come over for a sleepover, we’d find an old mattress, strap on a couple bike helmets, and ride it down a steep ravine into a half-covered landfill. At the bottom, we’d spill off our makeshift toboggan, out of breath with laughter and plucking rusty syringes from our elbows without a care in the world. Our tetanus shots were up to date! We were covered.

Our behavior was so common that Jackass, in its second season, had to add a lengthy disclaimer at the start of episodes discouraging idiots like us from sending in their tapes. Parents were tired of taking calls from pet store owners demanding payment for a goldfish that now sat, dissolving, in the stomach of their moron son.

When our dads were kids, they played war games in the woods, and I’m sure some took it too far. Every generation has that kid who likes to light things on fire a little too much. The only difference is that now we’re documenting everything with our phones. Thus, the police can arrest kids:

6ABC– The skull-breaker challenge involves two people fooling a third person into jumping into the air and then kicking their feet out from under them.

The Camden County Prosecutor’s Office confirmed on Monday that two minors have been charged with third-degree aggravated assault and third-degree endangering an injured victim.

One thing I don’t understand: why do they always call these things “challenges”? Hold your breath underwater for a minute—that’s a challenge. Eat this plate of blazing hot wings—challenge. Get duped by two friends into cranial bleeding? How do you… pass? That’s no challenge.

You know where this doesn’t happen? South Korea. Those kids go to school, then more school, then SAT class, then tuba lessons, then four hours of homework. Sure, the teenage suicide rate reflects a general lack of joy about their crushing daily schedule, but at least they’re not missing class due to concussions brought on by TikTok fuckery.

If you can’t see it now, give it ten years. We’re losing.