TikTok Star Addison Rae Being Cast In A Remake Of ‘She’s All That’ Is A Very, Very Bad Sign 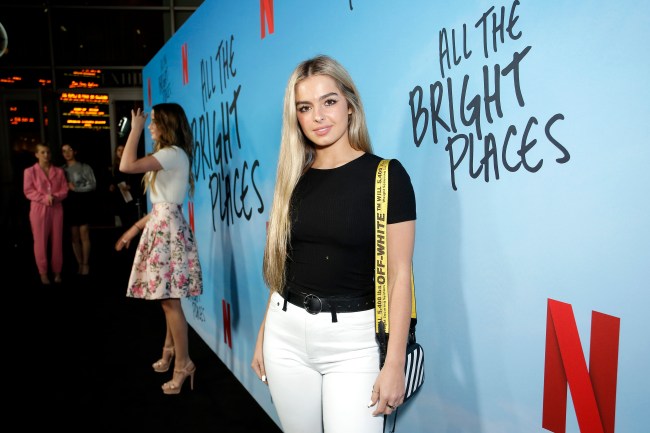 Attention, all ye thespians currently enrolled in Stella Adler scene study intensives and Yale School of Drama summer repertory programs: you’re wasting your money. The old ways of breaking in to Hollywood are dead. Now, you simply need to amass 60 million followers on the Chinese spying app TikTok and you’ll find yourself cast as the lead in today’s remake of She’s All That. Good luck!

Seriously, what the hell is happening right now? She’s All That was a SEMINAL movie of my teenagerhood. It ranks second on my list of “movies that played whilst I failed to find the G spot,” right behind Garden State. I don’t hold it so sacred as to say that they should never attempt a reboot, but they’ve cast Addison Rae to play the Freddie Prinze Jr. character and that seems risky. She has… no acting experience. Her seaworthiness as a “multi-hyphenate” is unproven (that’s industry speak for someone who does more than one thing, i.e. dancing + acting). I don’t even mind the flipped script, with the Freddie Prinze character reimagined from the female perspective as she tries to mold a nerdy dude into the prom king.

But Addison Rae as FPJ? I’m struggling. I think @qLxke_ said it best:

Now, had Addison Rae been cast to play the Julia Stiles character in a reboot of Save the Last Dance—another movie that played a big role in my teenage development and inspired me to sign up for breakdancing classes in 7th grade—I’d be all for it. That’s a dancing movie. Addison Rae is a dancer. 1 + 1 = 2.

But She’s All That (or He’s All That or whatever the hell they’re calling it) is a nuanced, demanding film. To honor the vacant shoes of Mr. Prinze requires range, talent, imagination, and experience. If Denzel Washington and Meryl Streep had a child, and Daniel Day Lewis and Judi Dench had a child, and those two children combined their egg and seed to be carried in the womb of Glenn Close, MAYBE the resulting human would do the role justice.

Addison Rae, with all due respect, you’re no Freddie Prinze Jr. But I’m willing to be proven wrong.