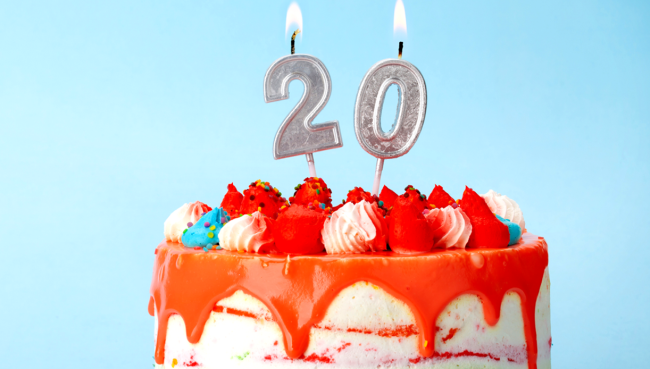 Outside of groaning about getting another year older or making big party plans to celebrate, most people don’t give their birthdays a lot of thought. Another year has passed and we’re just happy to still be here.

Sure, there are some milestone birthdays that we pay more attention to than others, like turning 16 or 21, but usually our birthday is just another day on the calendar. We’re one day older than we were yesterday.

That being said, have you ever thought about what it really means to become another year older?

20-year-old TikToker @keeleysmithhx has and she’s wrecking hundreds of thousands of people’s minds with her birthday revelation.

In a short TikTok video that’s now been watched over 3 million times she states, “Me realizing that what ever age you turn on your birthday is what you have completed not what your [sic] starting.”

“Anyone else confused?” she added in the TikTok video’s description.

The answer to that question is a resounding yes.

“I’m going to scroll past this like I didn’t panic about it after I read it,” someone else wrote.

“Oh my god this is giving me an existential crisis,” another person revealed.

They were far from alone. Comments like, “I’m actually going insane no way am I 20????” are littered throughout the comments section of the video.

“Everyone says ‘chapter 17’ or wtv age, but books start at chapter 1 not chapter 0. So really it’s chapter 18,” another viewer wrote, trying to explain the concept to the confused.

“Omg so when ppl die it’s like they didn’t finish that year/age,” another viewer realized.

“Now I’m gonna think about this everyday,” someone else commented, echoing many others.