TikToker Exposes All The Fake Stuff In Films Like Cigarettes, Weights, Ice, Eating, And More 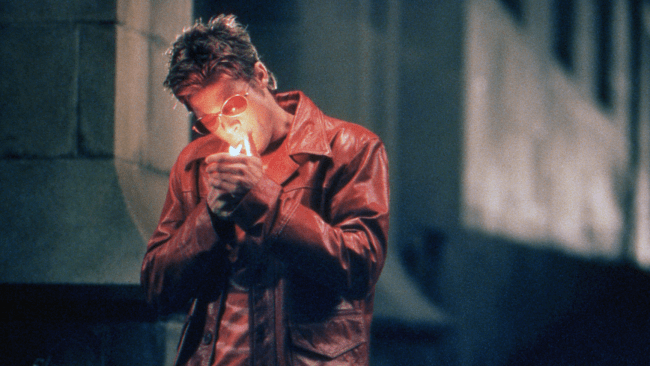 Hard to believe, but not everything you see in a movie is actually real. You might need a second to digest that, but it’s true.

There is a whole list of things that certainly appear to be real when you watch a movie, but, no, not everyone in Hollywood has a disturbing smoking habit, can deadlift 500 pounds, or drinks enough coffee to kill a horse.

We are assured of this thanks to the numerous TikTok videos shared by director and filmmaker David Ma.

Ma, who has amassed an impressive one million followers on TikTok, often takes his viewers behind the scenes, exposing some of the many secrets of movie-making.

For instance, how many times have you watched someone on screen drinking a cup of coffee and thought, “They’re not even drinking anything.”

Turns out that you’re right. They aren’t drinking anything, and there are numerous good reasons for that.

Another great example of the kind of fake stuff that goes on in movies and TV shows occurs when you see someone smoking.

“Is there a film trick for smoking? Or do the actors just smoke in every take?” someone asked.

Turns out that, no, actors like Jon Hamm aren’t raging chain smokers. He, and many other actors fake it with the use of prop herbal cigarettes that look amazingly like the real thing.

Another example Ma shares is the use of fake weights.

“I wonder if The Rock uses prop weights?” Ma asks.

And if you’ve ever wondered about those cool ice sculptures that never melt and the ice you see in glasses on shows, movies and commercials, and why it doesn’t make any clanking sound when the actors slosh it around, that’s because, you guessed it, it’s fake.

Speaking of fake food in films, have you ever noticed that you almost never see an actor actually swallow any of the food that they’re eating on screen? That’s because they don’t. This next TikTok video about eating while acting is something Ma says is “something you’ll never be able to unsee when watching TV or movies.”

Oh, and that smoke you see when someone is cooking something in a movie or on a show, yeah, that’s probably fake too.

Check out all of David Ma’s behind the scenes TikTok videos here.