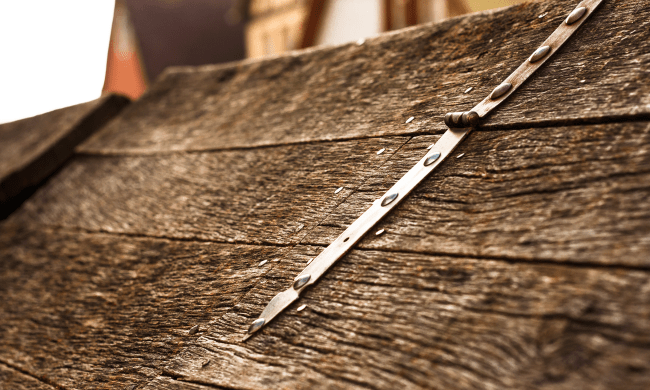 A man on TikTok recently made the news after posting a series of videos from inside a vacation house he was renting for his family.

At first glance, the holiday cottage on a lake looks pretty basic, but very quickly into his TikTok video, things change.

The house, rented for a weekend retreat by Robert with his wife, his daughter, and their pet dog Samson, came with one unexpected feature. A big trap door right smack dab in the middle of the living room.

Related: TikToker Discovers Home For Sale That Comes With Its Own Private Prison In The Basement

“Where does this go?” Robert says at the start of his first video.

“Guess it’s time for an adventure,” he says after moving the sofa aside. “This is not creepy in the slightest.”

After lifting the door to reveal some cobwebs and tiny steps leading down into some stagnant water, Robert states, “That’s terrifying.”

At this point Samson the dog, being smarter than a human, has decided he’s seen enough and exits stage right. When he’s called, he does re-enter the room, head down, not looking too thrilled.

“Okay, lights on, here we go,” Robert says as he takes the first step down into… whatever this is.

“This is terrifying. What the flip? Oh gosh, it’s water. What the heck, it’s quite deep and very green. What on earth is this? There’s a drain in the middle, what creepy a– thing is living in here.

“So turns out we’ve booked the holiday home of a swamp monster so that’s good, maybe he knows where the remote’s gone.”

Not my usual content, but this was too spooky not to share. Was not expecting that! ##spooky ##unexpected ##creepy ##familyholiday 👻

“Have you never watched Evil Dead? asked one viewer.

In a follow up video, Robert sort of explains what he thinks the green water is down in the hole under the trap door, but now he has a new mystery: what is going on with the TV remote? And why are things randomly turning themselves on?

As many viewers noticed in the second video, there is a gigantic hole in the wall. Naturally, they asked what that was all about. So Robert posted a third TikTok video where he … doesn’t explain at all what the hole is about!

Turns out that not only is there a creepy hole in the wall, it’s filled with all sort of strange items.

We’re really going to need a part four to this series.