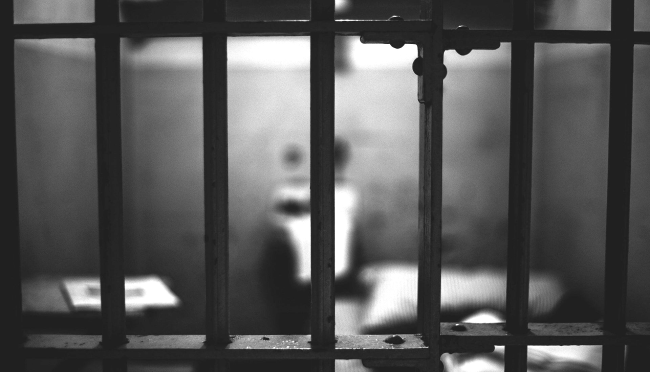 Here we go again. Another ultra-creepy house has made its way to TikTok. Why is it that all of these houses, which have obviously been around for years, if not decades, are just coming to light now that TikTok is a thing?

Speaking of homes that are ultra-creepy, TikTok user Angelika Koch (@Angelikaisanerd) is the latest person to come across something very bizarre that most people would agree has no business being in a home: a prison.

Related: TikToker Goes Viral After Discovering Outline Of ‘Dead Body’ With Case Number Underneath Her Carpet

In what has become a increasing trend on the internet, Angelika came across her disturbing discovery on real estate listing site Zillow.

According to the listing on Zillow, the historic home in Vermont was built in 1880. It also discusses the “front portico overlooking the village green,” a “electric stove that is a replica of an antique cook stove,” and the fact that the house has “so much character.”

No kidding. Clicking the “Read more” link on the description reveals this passage: “The main house served as the Jailer’s residence and attached to the north wall of the house is the former Essex County Jail (discontinued in 1969). The Jail still exhibits the prison cells with barred windows & the Jailers Office. Bring your own ideas on what this 28′ x 40′ wing could be!”

Wait, what? There’s a prison in the home’s basement?

“So I was looking up weird houses because that’s something I do sometimes, and I was like, ‘How the hell did this one make it to the list?'” says Angelika in her TikTok video.

“Started going through the pictures, I was like, ‘Oh not bad, it’s a little dated but whatevs. Peel off that wallpaper you could make it look real nice and farmyardy.’

“Until I realized that Satan lives in the basement. What in the serial killer is this!?

“At least it has a bathroom, that needs just a little bit of TLC and that will perk right up, huh? What if the last person that used this toilet didn’t flush, because the condition of this bathroom tells me they may not have.”

Related: Someone Solved The Mystery Of The Upstairs Tenant In That Creepy Viral ‘Nightmare House’ Listing

“Did you [say] the it rubs the lotion on the skin house for sale?” one commenter wrote.

“Alternate theory: they lock up the werewolves during the full moon,” commented another.

“I live in the area of this house/jail!” wrote another viewer. “It’s well known here.”

The four bedroom, 2,190 square foot house sold earlier this year for $150,000, according to the listing on Zillow. I wonder what the new owners are going to do with their private prison.