Tim Horton’s Is Selling A Buffalo Sauce Latte Because Why The Hell Not? 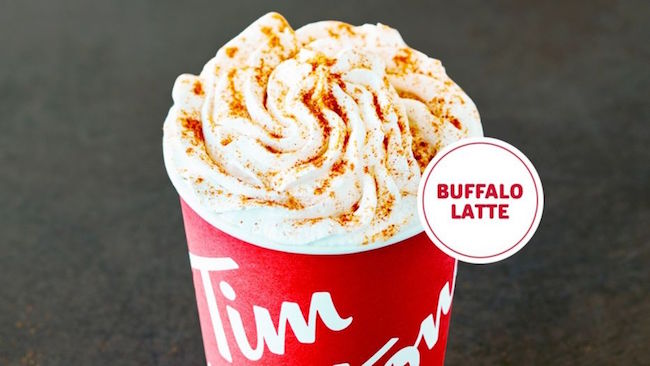 If you’ve been on the internet at some point in the past couple of years, you’ve likely come across some ungodly culinary creation that was featured in a viral video designed to get people to instinctively comment “YAAAAAS” and “WANT” while tagging 18 of their friends. Based on what I’ve seen, it’s also likely the food incorporated way too much cheese.

As far as fast food is concerned, Taco Bell has cornered the market when it comes to dreaming up food that nobody asked for, but they’re far from the only restaurant in the game to come up with questionable creations. Tim Horton’s just threw their hat into the ring, and it’s safe to say they’re not fucking around.

“Made from freshly brewed espresso, steamed milk, mocha, and bold Buffalo sauce flavor, the latte is topped with whipped topping and a dusting of zesty Buffalo seasoning,”

If— for some reason— you’re interested in scoring one of these bad boys, you’ll have to venture to the city of Buffalo to make your dreams come true. The latte will set you back $2.79, but can you really put a price on something like this?