Taco Bell Just Released A Burrito With Pop Rocks Inside 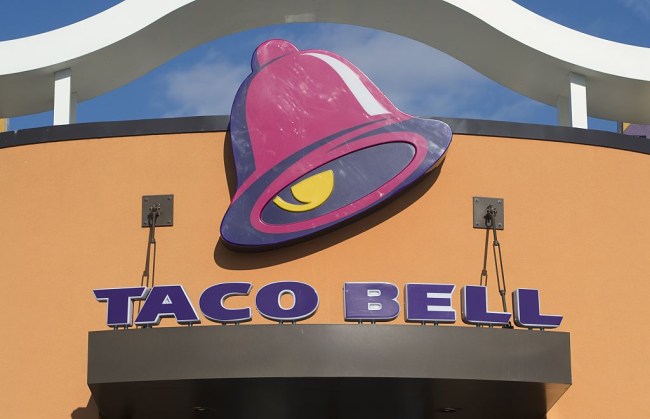 Taco Bell has always managed to give Kim Kardashian a run for her money when it comes to breaking the internet. The chain has become a master of cooking up items seemingly designed to go viral, including their take on the KFC Double Down and the now-famous Doritos Locos Taco.

However, sometimes Taco Bell goes a bit too far in their attempts to dominate online headlines, and their most recent experiment might be a prime example. Meet the Firecracker Burrito, the (presumably) first and only burrito to feature something most rational people would never think to put in a burrito: pop rocks.

However, the mad geniuses in Taco Bell’s corporate kitchen are anything but rational. They’ve decided to unleash their latest monster for a limited time at four locations in California. For $1.29, diners can purchase a standard burrito containing rice, beans, meat, cheese, and tortilla strips, but if you shell out an extra 20 cents, you’re handed a packet of “cayenne popping crystals,” which reportedly add “sweet-spicy flavor along with a fizzy texture.”

Someone on the Taco Bell subreddit— a thing that apparently exists— got to try the burrito for themselves and recounted the experience, saying:

Tortilla was red, looked like it had been marinated at some point or maybe they come that way. It was late, the location didnt even say it was open, and the item was on a lawn sign and not on the menu itself so i just ordered it. There was also a spicy version which apparently “only” adds chipotle sauce that i don’t recall ever trying. Mine was the cheesy type so it had i assume nacho cheese, beef, lots of rice, some red strips, and a packet of these “poppers” which taste sweet and crackle just like pop rocks.

Is this the future of fast food or just proof that God has officially abandoned us? You’ll have to get your hands on one to know for sure.