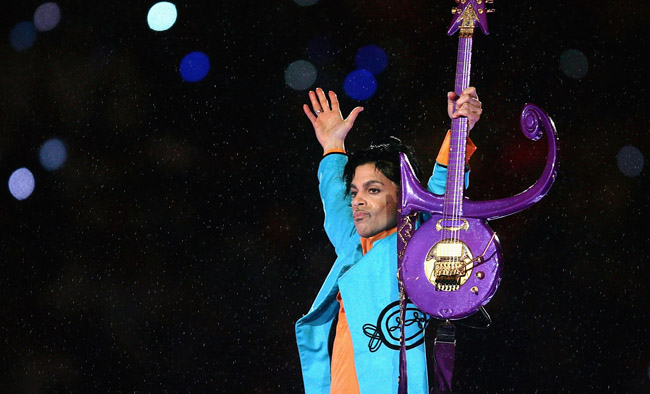 Several reports have surfaced that a Prince hologram will “perform” on Sunday night at the Super Bowl Halftime show. Justin Timberlake is the main attraction at the Super Bowl Halftime show at U.S. Bank Stadium in Minneapolis, which is Prince’s hometown. There were rumors that Timberlake’s former boy band *NSYNC would perform with him or possibly even Janet Jackson. But reportedly Timberlake will sing along with a hologram of Prince. Holograms can’t have wardrobe malfunctions, so it already has a leg up on Janet Jackson. Imagine losing a Super Bowl gig to a projector?

However, before he died, Prince said he despise the idea. In a 1998 interview with Guitar World, Prince made it known that he was not a fan of performing with a deceased artist and even called it “demonic.” Guitar World asked, “With digital editing, it is now possible to create a situation where you could jam with any artist from the past. Would you ever consider doing something like that?” Prince responded:

“Certainly not. That’s the most demonic thing imaginable. Everything is as it is, and it should be. If I was meant to jam with Duke Ellington, we would have lived in the same age. That whole virtual reality thing… it really is demonic. And I am not a demon. Also, what they did with that Beatles song [“Free As a Bird”], manipulating John Lennon’s voice to have him singing from across the grave… that’ll never happen to me. To prevent that kind of thing from happening is another reason why I want artistic control.”

There was the small tiff that Timberlake and Prince had back in 2006. First, at a post-Emmy party, Prince joked about Timberlake’s “Sexy Back” song, “For whoever is claiming that they are bringing sexy back, sexy never left!” JT reacted to the comment with a lyric on Timbaland’s 2007 track “Give It To Me,” which also featured Nelly Furtado.

We missed you on the charts last week
Damn, that’s right you wasn’t there
Now if se-sexy never left, then why is everybody on my shi-i-it?
Don’t hate on me just because you didn’t come up with it

Good News: Prince can now perform forever! Bad News: Justin Bieber can also perform forever. With Prince’s hologram performing at the Super Bowl, it is already infinitely more successful than 99% of all musicians. In other Prince news, we may get new music from the legendary singer because he left “vast vaults” of unreleased material. Prince’s estate said previously unreleased music is “coming soon” and that it is “mind-blowing.”