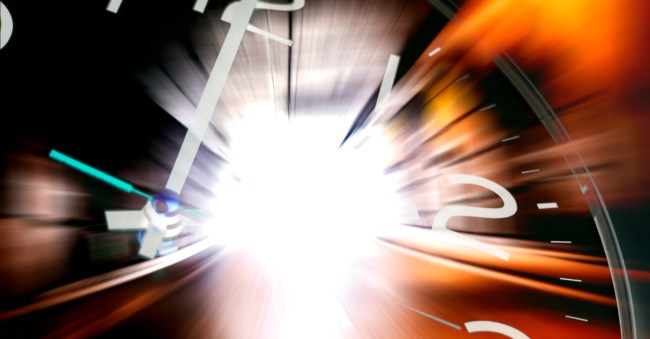 Listen up, people! A “time traveler” named Noah from the year 2028 has returned with some rather grim news and a few warnings about the future of the world.

Of course, Noah is not his real name because if he were to give his real name then he says there’s a pretty good chance he would be assassinated. This is serious stuff, folks.

Noah, who says he currently lives in South America, claims that he has been to the year 2030, so he knows his stuff, okay? He also reveals that in reality he is actually 50-years-old, but thanks to an age-reversing drug he is now 25 again. You following. so far? Okay, good.

Time traveling Noah also states in the video below that his “natural” year is 2021, but he was fired and is now stuck in our time which is causing him great emotional distress.

As for why he made this video, Noah says, “I want to be clear. My sole objective is to prove to you that time travel exists.”

He then goes on to PROVE it by giving us a few warnings about what the future holds, reports The Sun…

Noah claims that 2028 is the year that private organisations admit to the world that time travel is real, but it has been around since 2003.

He also says that electric and self-driving cars will be drastically improved and that virtual reality and artificial intelligence will be all the rage within the next four years.

He adds that a popular wearable device like a Google Glass will be everywhere, and everyone will use them to immerse themselves in virtual reality.

Actually, a couple of those don’t sound so bad.

Also on the plus side, since Noah has seen the year 2030, then we can at least rest easy the next time someone predicts the apocalypse is fast approaching, right?