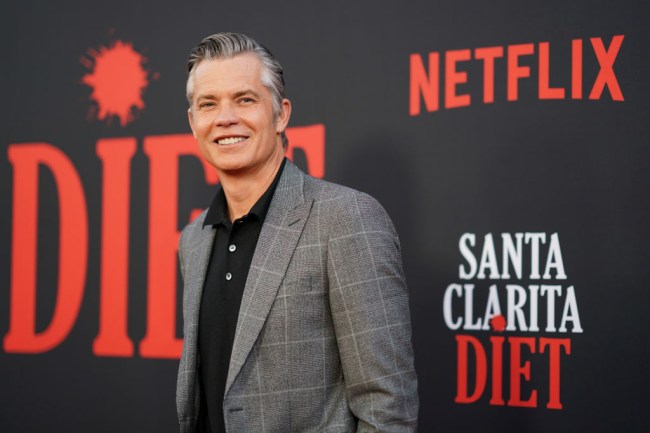 Another day, another outrageous flex from The Mouse House.

According to The Hollywood Reporter, Justified and Deadwood star Timothy Olyphant is set to join the cast of The Mandalorian for the upcoming second season. At this time, it is unknown which Star Wars character Olyphant will be playing. Furthermore, it’s unclear if the character will be a new creation or a previously established part of Star Wars lore.

It is unknown whether the actor will play a new character or a returning favorite in a new guise.

Mandalorian has finished shooting under a veil of secrecy, but certain actors} names have leaked out. Terminator star Michael Biehn will be involved in the new season, while The Hollywood Reporter revealed that Temuera Morrison has returned to the Star Wars galaxy and is playing fan-favorite Boba Fett. Lucasfilm and Disney had no comment. [via The Hollywood Reporter]

Olyphant won’t be the only major season two addition, as it’s been confirmed that Temuera Morrison will be returning to play Boba Fett and that Rosario Dawson will be joining the cast as The Clone Wars fan-favorite Jedi Ahsoka Tano.

Luckily for fans of The Mandalorian, production on season two wrapped up just before the start of our current global situation and remains on schedule to premiere on Disney+ in October.