Boba Fett Will Appear In Season Two Of ‘The Mandalorian’ 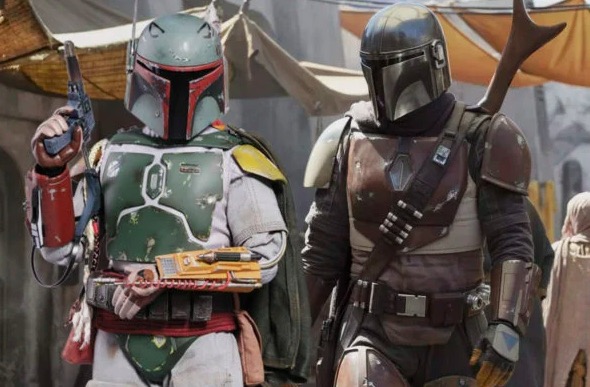 Clearly not content on resting on the laurels of their wildly successful first season, The Mandalorian continues to up the ante for season two, as it’s being reported by The Hollywood Reporter that Temuera Morrison is set to reprise his role as infamous bounty hunter Boba Fett, who fans thought had died after he fell into a sarlacc in 1983’s Star Wars: Return of the Jedi.

Boba Fett’s return was actually teased in the first season, though, particularly in the fifth episode “The Gunslinger”. At the end of that episode, an unseen character wearing the bounty hunter’s iconic spurred boots can be seen approaching the body of Fennec Shand before the screen cuts to black.

While Boba Fett is only expected to have a small role in season two, it’s another example of Disney adding more iconic Star Wars character to The Mandalorian lore, as Rosario Dawson will be starring as fan-favorite Jedi Ahsako Tano in the upcoming season.

Temuera Morrison, who played Jango Fett in 2002’s Star Wars: Attack of the Clones, will appear in season two of the Disney+ Star Wars series.

Sources say Morrison will play Boba Fett, the famed bounty hunter who first appeared on the big screen in 1980’s Star Wars: The Empire Strikes Back and who seemingly died in 1983’s Return of the Jedi as he fell into a sarlacc pit. Actor Jeremy Bulloch portrayed the character in the original trilogy. [via The Hollywood Reporter]

Luckily for fans of The Mandalorian, production on season two wrapped up just before our newfound way of life began, so hopefully,  the second season remains on track to premiere on Disney+ in October. In the meantime, all eight episodes of the first season are currently available to stream.