Tina Fey Explains The Status Of The ’30 Rock’ Reboot Rumors 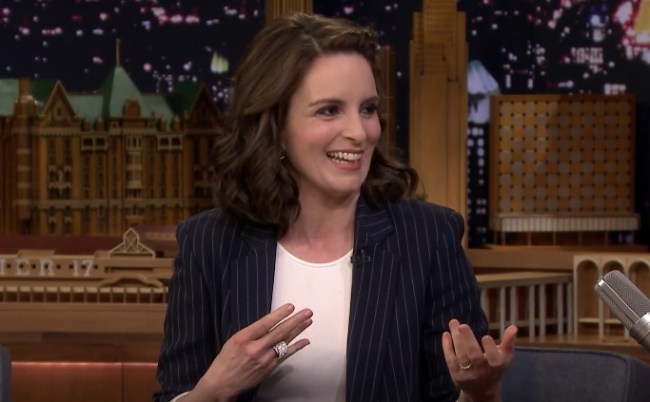 We’re living in an era of TV where studio execs want to reboot everything. After Roseanne premiered to 18.2 million viewers (with a huge drop after that in Ep. 2) every TV executive out there wanted to reboot shows.

The rumors out of NBC are that the studio’s looking at possible reboot options for The Office, The West Wing, and 30 Rock. If you’re a regular BroBible reader then you’ve probably heard me mention at some point that 30 Rock is my all time favorite TV show. These days it’s my ‘white noise’ at night. I fall asleep to that show on Hulu every single night, cycling through the seasons. I just restarted Season 1 last week and I honestly couldn’t tell you how many times I’ve watched each season because I’ve been falling asleep to that show for years.

Naturally, when I heard rumors of a 30 Rock reboot from NBC Entertainment chairman Bob Greenblatt AND Tina Fey my interest was piqued. As a guest on The Tonight Show Starring Jimmy Fallon last night, Tina Fey explained those reboot rumors and it doesn’t sound like there’s anything concrete on the table, it appears more as if Tina Fey was just trolling for attention on the red carpet and that’s led to the potential of an actual reboot happening:

There was another video from Tina Fey’s appearance on Fallon last night that’s climbing up the ‘Trending’ chart on YouTube. In it, Tina Fey fans thank a cardboard cutout of the Mean Girls Broadway sign and then Tina comes out and surprises each of them. This clip peaks when Tina comes out, busts ass and falls down, and constantly calls the fan by the wrong name. Jimmy Fallon also sneaks in his own heartfelt thank you at the end: