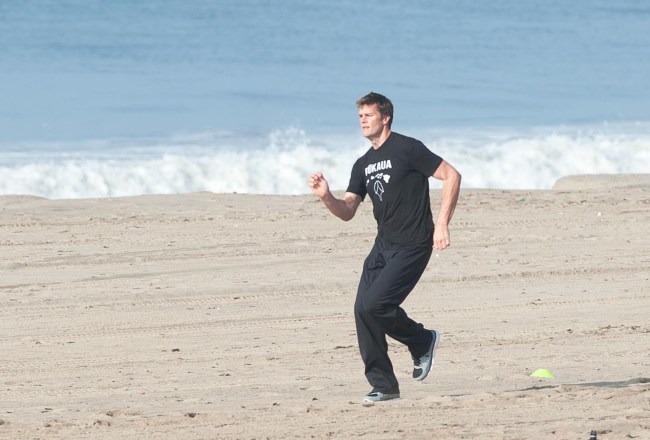 Guys I have more Tom Brady news we can overreact to because the XFL just isn’t scratching the itch.

A source who knows a source who works at a Paper Source revealed that Tom Brady will be leaving the only team he’s ever known to join the Los Angeles Chargers. The Paper Source source cited the revelation Brady made on social media Monday, introducing the creation of 199 Productions, the name an ode to the number of players picked before him in the 2000 NFL Draft.

Deadline has learned that Hollywood will be part of the long term plan for the record setting quarterback, with the help of the directors of the all time biggest grossing film. Brady is launching 199 Productions, a global multi-platform content company to develop original premium content including documentaries, feature films and television shows. The company has quietly assembled a slate of development projects that include several with Brady on camera, in stories spanning sports, entertainment and health and wellness among others.

Brady’s LA-based production company reveal could lend credibility to the hunches of sports media talking heads like Mark Schlereth, who recently appeared on The Herd to say he believes Brady to be 80% gone. He believes the Chargers, Raiders, and 49ers make the most sense as a landing spot for the six-time Super Bowl champion. Former Brady teammate Aqib Talib also believes the Los Angeles Chargers are “perfect” for quarterback Tom Brady in 2020.

Me checking Twitter to find out if Tom Brady joined the Chargers. pic.twitter.com/NyFlxGGsux

Confirmed: @TomBrady to the @Chargers https://t.co/bccXZAWd9L

Me thinking of Tom Brady playing for another team pic.twitter.com/9qxFmwefeY

We’ll keep you posted on any new information from our esteemed sources.