Tom Brady Is Already Teasing A Potential Return To The NFL, Barely A Week After He Officially Retired 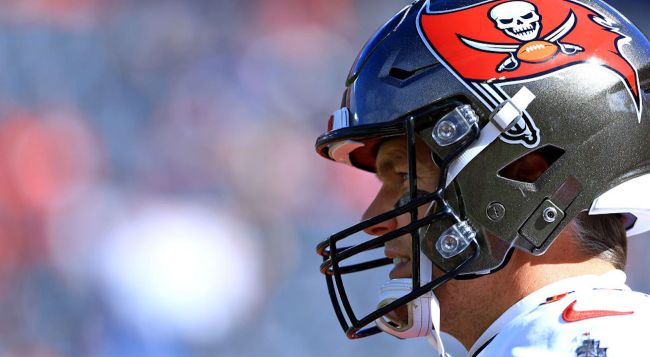 Despite the fact that it’s barely been a week since future Hall of Fame quarterback Tom Brady officially announced his retirement, the former New England Patriots and Tampa Bay Bucs quarterback is already teasing a potential return to the league.

Speaking on the latest episode of his Let’s Go podcast, Brady not only addressed the idea of returning to the NFL but made it sound like it’s already something he’s considering:

“I’m just going to take things as they come. I think that’s the best way to put it. You never say never,” Brady said. “At the same time, I feel very good about my decision. I don’t know how I’ll feel six months from now. It may change, it most likely won’t, but I try to make the best possible decision I can in the moment, which I did this last week.”

“I think it’s not looking to reverse course, I’m definitely not looking to do that. But, at the same time, I think you have to be realistic that you never know what challenges there are going to be in life. I love playing, I’m looking forward to doing things other than playing, that’s as honest as I can be,”

Brady, 44-years-old, officially announced his retirement on Tuesday, February 1. During his 22-year NFL career, Brady won seven Super Bowls, which is the most of all time. In fact, Brady has more Super Bowl titles than any of the league’s franchises.

Over the course of his career, Brady set the NFL records for passing yards, completions, touchdown passes, and games started. Given that Brady was playing at an elite level when he decided to call it quits, it should come as no surprise that he perhaps still has the itch to play.