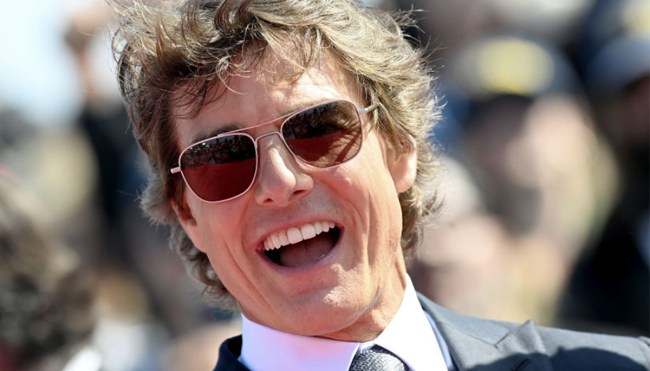 It’s been more than 35 years since Top Gun flew into the hearts of moviegoers who were treated to one of the most iconic action films to come out of the 1980s; one defined by thrilling dogfights, the sweet, sweet tunes of Kenny Loggins, and Guys Being Dudes on a beach volleyball court.

Top Gun is one of those movies that doesn’t really need a sequel, but it’s safe to say that’s never stopped Hollywood from deciding to make one anyway. As a result, reactions were fairly mixed when Tom Cruise announced he’d be returning for a follow-up all the way back in 2015, but based on the overwhelmingly positive reviews Top Gun: Maverick has managed to generate ahead of its release on May 27th, it seems to have worked out pretty well.

Cruise famously shares the same need for speed as the adrenaline junkie he portrays in the movies and has a history of doing his own insane stunts, so it wasn’t exactly shocking to hear he was planning to fly an actual jet during filming. Unfortunately, the Navy decided to veto his proposal to hop behind the controls of an F-18, but the trained pilot was still able to put his skills to use at the Top Gun: Maverick premiere in San Diego.

On Wednesday night, the actor eschewed a limousine in favor of the helicopter he piloted himself before landing on the deck of the USS Midway to kick off the night in style.

Tom Cruise just arrived to the #TopGunMaverick premiere in a helicopter he flew himself pic.twitter.com/uA4X0UL4DZ

It’s Tom Cruise’s world and we’re all just living in it.