First Reactions To ‘Top Gun: Maverick’ Hail It As The Best Film Of 2022 So Far 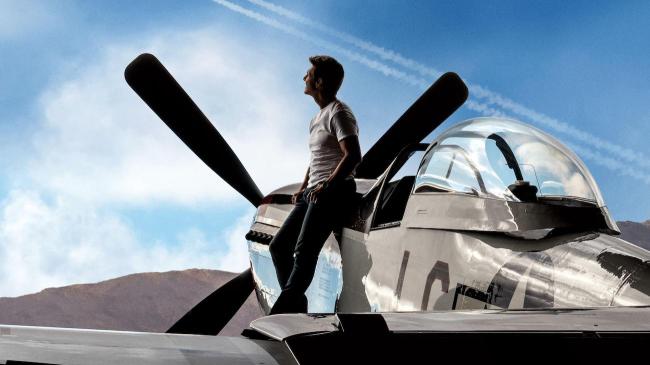 Today — in a couple of hours, actually — I’m heading out to see Top Gun: Maverick, the long-awaited to sequel the 1986 Tom Cruise-starring Americana classic Top Gun.

Top Gun: Maverick is long-awaited in a couple of senses, both in terms of how long it’s been since the original hit theaters (35 years) and how many times the release of *this very film* was delayed. Despite hitting theaters next month, filming of Top Gun: Maverick was originally completed all the way back in March 2019 — over three years ago!

And after all of that: the film is finally on the horizon, as the first reactions from critics and journalists have begun to hit the internet. With the film still about a month away, the fact that the studio has allowed people to already publically share their thoughts is a promising sign. The earlier a studio lets people talk about their movie — the better they think it is.

First reactions to Top Gun: Maverick from critics and journalists

And that ultimately appears to be the case with Top Gun: Maverick as praise seems to be virtually unanimous thus far:

#TopGunMaverick is a profound cinematic experience and easily the best film of the year. What Kosinski, @chrismcquarrie, @eddiehamilton and of course @TomCruise have accomplished is epic and intimate, heart stopping and heartbreaking. However good you think it’ll be, it’s better. pic.twitter.com/gZ75xQYxDs

TOP GUN: MAVERICK is the perfect blockbuster. Not only did it feature dazzling aerial combat sequences, but I actually cried, it’s that emotional. And call me crazy, but I humbly predict that it WILL land a Best Picture nod next year. It’s not just THAT good, it’s VERY good. 😉

Top Gun: Maverick soars! While the story relies heavily on the original as well as nostalgia, the film serves as the ultimate 80s throwback and is such a genuine crowd pleaser. Miles Teller and Tom Cruise are magical together. Another massive win for Paramount. #TopGunMaverick pic.twitter.com/Kl62KR9wIx

Folks, trust me when I say this is a legitimately GREAT film. Whatever your plans are for Memorial Day weekend, make #TopGunMaverick a part of them. I think I cried the whole friggin’ movie because I’m such a dork. Loved the cast, and it’s another classic @TomCruise performance. pic.twitter.com/NpHFUhdTHC

Absolutely loved #TopGunMaverick. Blown away by the cinematography and flying scenes and of course @TomCruise’s performance. Rest of the cast was great with special props to @Miles_Teller and @glenpowell. This is the kind of movie you want to see on the biggest screen possible. pic.twitter.com/PIfs2aGi2v

Yes. So much yes. #TopGunMaverick is a masterful adrenaline rush. Tom Cruise is our greatest movie star. This delivers EVERYTHING you want in a blockbuster. Aerial scenes are jaw dropping. Character work is fantastic. Pure action with massive heart. A must see! pic.twitter.com/c8WvoInUze

MY GOD. #TopGunMaverick is an INCREDIBLE return to the franchise that was absolutely worth the wait!

It honors the first #TopGun while blazing it’s own path in the sky!

The story, acting, emotions and those DOGFIGHT SEQUENCES are all excellent.

ENJOY THIS ONE, MY FRIENDS!!! pic.twitter.com/vBrr6ahNXB

Our EIC @cbumbray just saw #TopGunMaverick and says it more than lived up to the original. A total blast and a throwback to old-school, character-driven Tom Cruise action flicks. Tony Scott would be proud.

After hearing for a week about movies that need to be seen in theaters, Paramount delivered a big-screen spectacle in Top Gun: Maverick at #CinemaCon, a solid standalone actioner that gets its heart from the backstory of the original film.

Additionally, and perhaps unsurprisingly, people are also praising Lady Gaga’s ballad “Hold My Hand”, which was made specifically for the film:

OK now that I can say it… Lady Gaga’s “Hold My Hand” from #TopGunMaverick is an epic rock ballad that feels sonically somewhere in between Born This Way and Joanne. It definitely feels like she’s going ✈️ Oscar nominated all over again.

Can confirm that @ladygaga 's #TopGunMaverick song is a total bop and I cannot wait to hear the full thing.

Also for those wondering, @ladygaga’s #TopGunMaverick new single is divine. It plays over the closing credits/curtain call (very much like the first movie) and brings home the emotion of finale. Like everything else with this movie, it’s note perfect. pic.twitter.com/Vb7ZBTgrRD