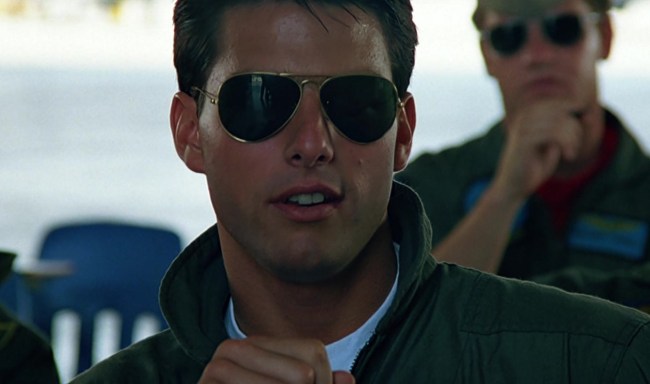 Tom Cruise has done plenty of crazy things over the course of his career, whether we’re talking about the infamous Couch Jumping Incident or his decision to get a little too into the works of L. Ron Hubbard.

However, when it comes to sheer insanity, neither of those come close to some of the things he’s done onscreen thanks to his willingness (and, in many cases, insistence) to put his life and body on the line by pulling off some absolutely insane stunts.

Cruise has been stunting on Hollywood for decades thanks in no small part to the Mission: Impossible movies, where he’s constantly upped the ante in an impressive number of ways— like the time he strapped himself to the side of a plane while it took off.

As if that wasn’t enough, he also decided to jump out of one and perform a 35,000-foot HALO jump in the most recent installment of the franchise.

He also shattered his ankle while jumping off of a building but, hey, you can’t win ’em all.

Now, Cruise is getting back in on the plane-related stunt game in the upcoming Top Gun sequel where he’ll reportedly be climbing into the cockpit and flying a real, actual plane.

According to Entertainment Weekly, sources at Paramount have confirmed Cruise will be piloting an aircraft or two in Top Gun: Maverick, but if you’re hoping to see him navigating his new jet fighter, you’re going to be a little let down.

Thanks to the buzzkills in charge of making laws, civilians are barred from operating any kind of military equipment, which means Cruise isn’t legally allowed to fly a fighter jet.

However, people who talked to EW said he will still fly “certain aircraft,” and while details are scarce, I’m going to assume one of them is going to be a cargo plane full of rubber dog shit out of Hong Kong.