Yet Another Wildly Disturbing Tom Cruise Deepfake Has Gone Viral, Creator Discusses The Merits Of The Technology 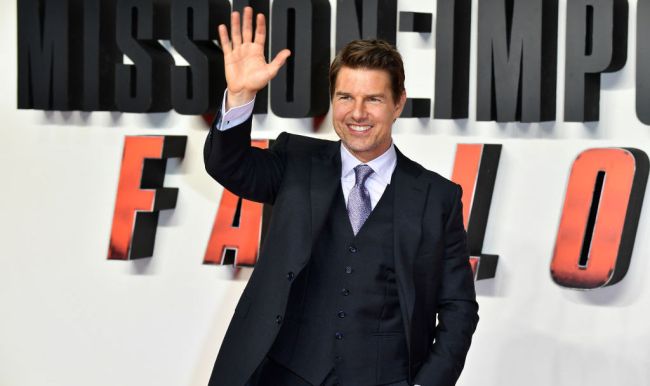 I remember when deepfakes first hit the internet a couple of years ago, and I was, simply put, terrified. Humanity — large sections of it, at least — is dumb enough as is and believes essentially anything they see on the internet, so I could only imagine how much worse that would become with a technology that allows you to make *any* face say *anything*.

Oddly enough, in the years since the technology burst onto the scene, Tom Cruise, of all people, has become one of the faces of deepfakes thanks to a man named Mike Fisher, who has been churning out wildly believable Cruise deepfakes to such an extent that he now has a TikTok account followed by 3 million people.

Unsurprisingly, yet another wildly disturbing Tom Cruise deepfake has gone viral and only further highlights how far the technology has come in such a short time.

Why I always travel with a parachute 🪂… @supercarblondie

Fisher, the man behind the account, recently appeared on NBC’s Today to discuss the technology, and said that he thinks the positive impacts will balance out the negative ones:

“As I find myself the unofficial face of this deep fake movement, it’s important to learn and I’m fascinated by this. This is the bleeding edge of technology,” Fisher said. “I think the technology is morally neutral. As it develops, the positive output will so far outweigh the negative, nefarious uses.”

“How can we use this technology by creating kind of identity rights? Let’s say Tom Cruise gave us the consent for this likeness, where we could move beyond just small parody clips. Everybody gets paid for that intellectual property.”

In case you didn’t already know, you know now: the future is quite horrifying and we’re already living in it. Good luck out there, especially when the robot uprising begins.