Tom Hanks Dunks On The Recent Trend Of Hating On ‘Forrest Gump’, Implies People Are Mad Because It Won Best Picture Over ‘Pulp Fiction’ 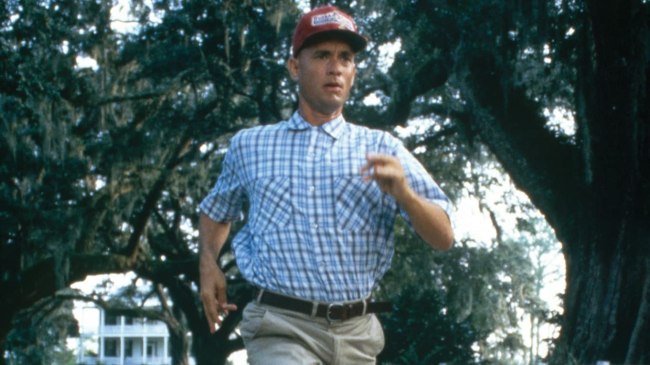 The Best Picture nominees at the 1995 Academy Awards made up one of the most stacked categories in (relatively) recent Oscars history, as the likes of Pulp Fiction, The Shawshank Redemption, and Forrest Gump (and, to a lesser extent, Four Weddings and a Funeral) were all nominated for the top prize, with Gump ultimately taking it home.

In the years since, Forrest Gump‘s victory has become somewhat controversial, as both Pulp Fiction and The Shawshank Redemption have gone on to become defining films of their generation.

Admittedly, while the same can be said about Forrest Gump — there’s simply no denying, based on cable syndication alone, that the film is a pop-cultural staple of its time — its reputation perhaps isn’t as “prestige” as the other two films given its perceived popcorn-focused, nostalgia-fueled construction.

This, however, is a categorization that Forrest Gump himself Tom Hanks recently took issue with, telling the New York Times that the film is essentially a victim of its own success.

Tom Hanks defends Forrest Gump, says that the film is derided because of how successful it was and because it won Best Picture over Pulp Fiction

“The problem with Forrest Gump is it made a billion dollars. If we’d just made a successful movie, Bob and I would have been geniuses. But because we made a wildly successful movie, we were diabolical geniuses. Is it a bad problem to have? No, but there’s books of the greatest movies of all time, and Forrest Gump doesn’t appear because, oh, it’s this sappy nostalgia fest,” Cruise said of the film’s reputation.

“Every year there’s an article that goes, “The Movie That Should Have Won Best Picture” and it’s always Pulp Fiction. Pulp Fiction is a masterpiece without a doubt. Look, I don’t know, but there is a moment of undeniable heartbreaking humanity in Forrest Gump when Gary Sinise — he’s playing Lieutenant Dan — and his Asian wife walk up to our house on the day that Forrest and Jenny get married. [via New York Times]

Hanks then detailed why he believes Forrest Gump is more than just a montage of nostalgic moments:

“’Magic legs.’ Yes, ‘magic legs.’ Then I look at him, and I say, ‘Lieutenant Dan.’ I might get weepy thinking about it now. Forrest and Lieutenant Dan in those four words — ‘magic legs’; ‘Lieutenant Dan’ — understand all they had been through and feel gratitude for every ounce of pain and tragedy that they survived. That’s some intangible s–t right there. That is not just running along to Duane Eddy’s ‘Rebel Rouser.'”

The legendary two-time Oscar winner’s defense of Forrest Gump is certainly accurate in at least one sense, as there’s no denying that it would be more widely revered if it was an underdog indie film, and not a collaboration between the director of Back to the Future and the Best Actor winner from the previous year (Hanks took home Best Actor wins for Philadelphia and Forrest Gump back-to-back).

Nevertheless, despite the apparent trend of slighting Forrest Gump, its legacy as an iconic 1990s film is undeniable.