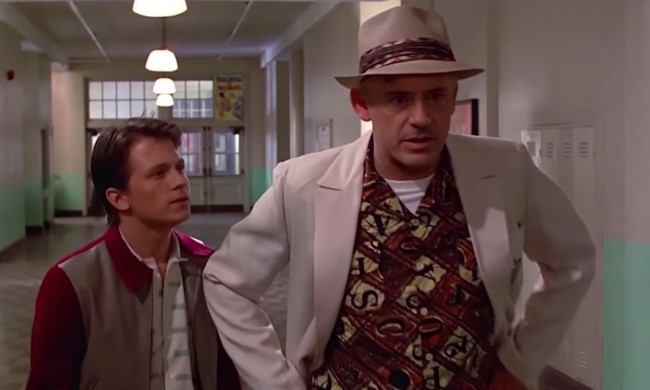 Just last week, I wrote an article about this legitimately excellent Back to the Future deep fake that featured Tom Holland as Marty McFly and Robert Downey Jr. as Doc Emmett Brown. In terms of fan casting, it’s about as spot-on as you could ask for.

While I usually find deep fakes to be absurdly disturbing, this was one of the few times where I was truly all-in on both its idea and execution. You could not pick two better actors to take over these iconic roles and, as far as my deep fake knowledge goes, could not make this video look any cleaner. So, as far as deep fakes go, this one is caviar.

Because of how viral the video went, Holland was naturally asked about it in a recent interview, and he revealed that he’s had “conversations” in the past about remaking the Robert Zemeckis classic.

Appearing on BBC Radio 1 to promote his latest films — Pixar’s Onward with Chris Pratt — Holland discussed the viral deep fake and revealed that he’s had “conversations” about a potential remake:

The studio who owns the rights to Back to the Future is Universal pictures, who have already gone back to the well when it comes to iconic intellectual, most notably with the recent Jurassic World trilogy. If — and this is a big if — the studio could land Holland and Downey Jr. in the leading roles, there’s no question they’ll go forward with the project.