Looking Back At Some Of Tommy Heinsohn’s Greatest Angry Moments 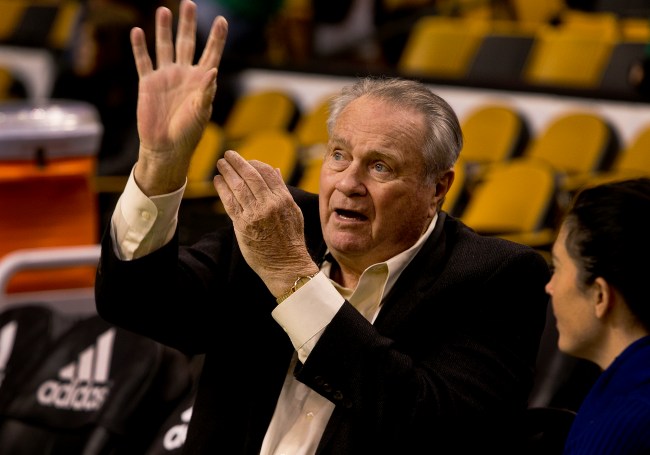 Tommy Heinsohn passed away yesterday. Whether you’re a Celtics fan or not, it’s impossible to ignore his imprint on the NBA. The guy left his mark on every aspect of the game: from playing, coaching, and announcing to the CBA and free agency. For Boston, and the broader game of basketball, he will be dearly missed.

Like many Celtics fans, I remember his outrageous color commentary. I used to watch Celtics games on NESN, and you were guaranteed to see the game through his DEEPLY biased prism. It felt less like being informed and more like watching the game at a bar with a guy whose wife left him, taking the dog and the Christmas tree, and all he has on this cold night are his beloved Celtics, his hatred of referees, and his glass of Sam Adams.

Even as a ten-year-old, I remember thinking… is he allowed to talk like this? When the Celtics gained a primetime spot on ABC or ESPN or whatever, the announcing was such a reversion to neutral. It felt peaceful all of a sudden. You could actually relax a bit as you watched the game, instead of worrying that his voice was about to scream “RIDICULOUS” at you. But, after a quarter or so, you realized you missed his apoplectic fits. You needed that reassurance of knowing you weren’t the only one mad; he was mad with you. Just as sitcoms had their laugh track that nudged you to laugh, Tommy Heinsohn was our fury track, nudging us towards throwing the remote at our TV.

Thanks for the calls, Tommy. Rest in your version of peace.