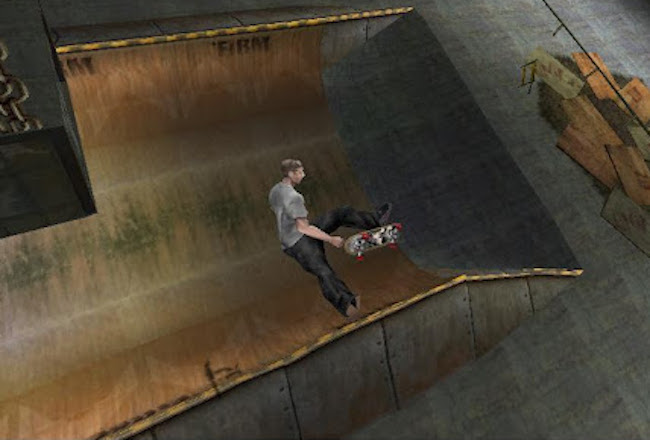 When I was growing up, my parents looked at video games the same way authority figures in the 1950s looked at rock and roll and people in the Victorian era viewed dresses that fell above the ankles: as potential corruptors that should be avoided at all costs.

Of course, the ban was about as successful as Prohibition and the War on Drugs when it came to keeping me from getting my hands on a controller, and while I wouldn’t say I made friends with people just because they had a PlayStation or N64, I was much more likely to accept an invitation to a sleepover at the house of someone who did.

As a result, my joystick skills were more than passable by the time I eventually got my first Xbox thanks to the countless hours I’d spent playing Mario Kart and GoldenEye while “doing homework” with some of my less-deprived classmates. However, I don’t think I dedicated more of that alleged study time to any game more than Tony Hawk’s Pro Skater.

I’d estimate I attempted to ride a skateboard approximately two times when I was a kid before deciding I was more concerned with not breaking my wrists than I was with learning how to ollie, and as a result, I got to experience the thrill of skateboarding in an environment where carpal tunnel syndrome was the only possible wrist injury I could suffer.

I can’t tell you how many hours of my life I wasted navigating the warehouse while Goldfinger played in the background collecting VHS tapes and racking up combos, and if given the opportunity to learn the actual amount, I’d politely decline because I assume it’s far too many.

I also wasted a fair amount of time on the sequels over the years—I still have fond memories of doing hoodrat things with the Jackass gang in Tony Hawk’s Underground 2—but over time, my interest eventually faded as the games gradually declined in quality.

It’s been over two decades since the original Tony Hawk’s Pro Skater took the world by storm, and now, we’ll get a chance to take a look back at the cultural phenomenon thanks to Pretending I’m a Superman, an upcoming documentary about the storied franchise.

According to GamesRadar, Neversoft producer Ralph D’Amato—who worked on the original game—teamed up with filmmaker Ludvig Gür a few years back to try to tell the story of how it came to be.

On February 29, the doc will premiere at the Mammoth Film Festival in California, where the two men will be joined by pro skater Rodney Mullen and the pro skater who lent his name to the game.

Sadly, Goldfinger won’t be making an appearance but music will be provided by The Downhill Jam, a cover band that specializes in playing songs from the soundtracks.