The First Trailer For ‘Top Gun: Maverick’ Is Here And I Already Feel The Need For Speed 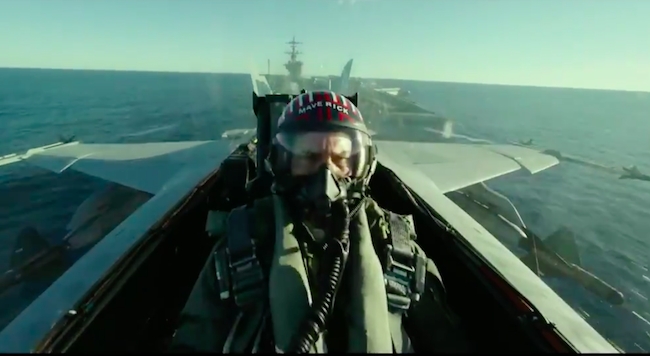 Tom Cruise might be a Certifiably Weird Dude but there’s no denying the guy can act, and over the years, he’s managed to pump out a number of classic (in addition to not-so-classic films) that hold a special place in my heart.

However, if I had to pick his magnum opus, the answer is easy because—with my apologies to Cocktail—nothing in his filmography comes close to topping Top Gun.

It’s hard to articulate exactly what makes Top Gun so great but the infinitely quotable film is one of those movies that’ll make me drop whatever I’m doing and cancel any plans I have whenever it comes on television.

As a result, I was incredibly amped to learn that a sequel was in the works a few years ago, and while details were initially pretty scarce, I was all in on Top Gun: Maverick because it’s a fucking sequel to “Top Gun.”

Over time, we’ve been treated to more and more information concerning the movie that’ll feature a star-studded cast including Ed Harris, Jon Hamm, and Miles Teller in addition to Val Kilmer reprising his role as Iceman alongside Cruise’s Maverick (although it’s unclear if he’ll be playing shirtless volleyball in this one).

It took a while but the sequel to the movie that made “You’ve Lost That Loving Feeling” a must at any karaoke gathering officially has a trailer and I have never felt the need for speed any more than I do right now.

Sadly, we’re going to have to wait a little less than a year for the film to hit theaters, as Top Gun: Maverick is scheduled to drop on June 26, 2020. However, if Jon Hamm’s testimony is any indication, we’re in for one hell of a treat.