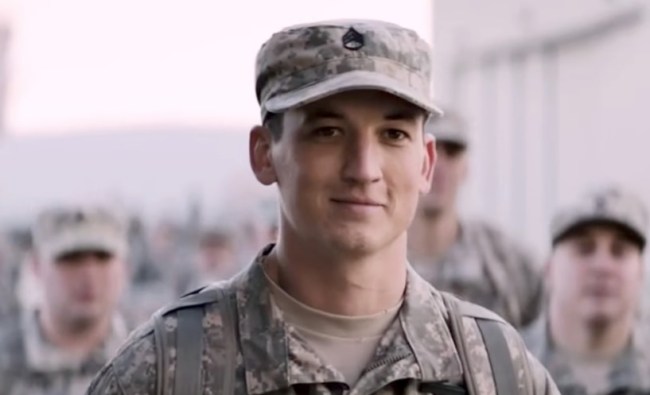 We know Tom Cruise is back as Maverick. We know Val Kilmer is back as Iceman. And we know Kenny Loggins is interested in making a new version of “Danger Zone.” Now we know that Miles Teller will be one of the lead characters in Top Gun: Maverick.

Teller will play the son of fallen Radar Intercept Officer LTJG Nick “Goose” Bradshaw’s son (RIP Goose, gone but definitely not forgotten). Teller’s character rode a football scholarship to an Ivy League degree. Maverick will try to reign in his new hotshot pilot. Maybe Maverick will learn something about himself in the process. That’s how these things work, right?

“He is in love with Sugar. He distrusts Maverick and dislikes what he stands for, although they have a lot of similarities,” the character description for Goose’s son says. “Eventually, comes to respect Maverick and uses his techniques. He is forced to eject in enemy territory and Maverick comes to save him.” Will Goose’s son have what it takes to be Maverick’s wingman? We shall see.

Teller beat out fellow actors Nicholas Hoult (X-Men: Apocalypse) and Glen Powell (Set It Up) for the highly coveted role in the sequel to the 1986 box office smash hit. Teller has starred in The Spectacular Now, Whiplash, Insurgent, Project X, Only the Brave, and the regrettable Fantastic Four. Still no word on if Top Gun 2 will get 84-year-old Tom Skerritt back in the cockpit as Viper.

While you’re here, check out this long-lost footage of the original Top Gun cast getting interviewed by the actual members of the USS Enterprise.