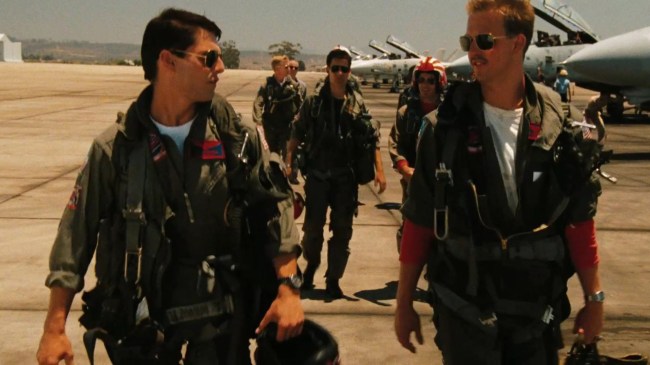 It took a few decades for Hollywood to realize it was sitting on a goldmine in the form of a sequel to Top Gun, and after years of rumors, the movie started filming last week. We only know a little bit about the film so far, and while I like to think Top Gun: Maverick will be able to measure up to the original when it comes to shirtless volleyball games and dogfights, there’s one aspect of the first film that’s going to be hard to top: its soundtrack.

If you’ve ever sung “You’ve Lost That Loving Feeling” with a group of guys at karaoke or added “Take My Breath Away” to the sex playlist you swear you’re going to use any day now, I don’t have to tell you that the Top Gun soundtrack is a forced to be reckoned with. However, no song on the album comes close to topping “Danger Zone,” the magnum opus of yacht rock icon Kenny Loggins.

The singer has been coasting off of “Danger Role” royalties for more than 30 years, but if there’s any time for a Kenny Loggins renaissance, it’s right now. Thankfully, there’s a chance we could get some more Loggins into our lives in the not-so-distant future.

TMZ spoke with Loggins about whether or not “Danger Zone” will make an appearance in the new film, and while he says Tom Cruise promised him they’d be bringing it back, there are still a number of details that need to be worked out— including finding a younger (read: more relevant) musician or group to pair up with for a new iteration.