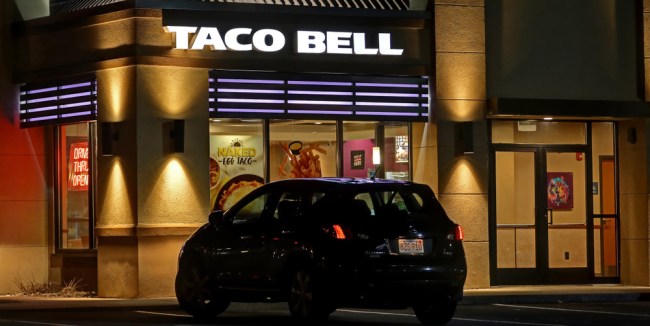 Quality of life is key for happy employees and late night food options are key to a good quality of life. But which city offers the best options for late night eats? The folks over at Four Loko decided to find out.

Using the list of top 20 cities/metropolitan areas named as possible locations for Amazon’s second headquarters, Four Loko ranked them based on nine different dimensions related to late night dining. After all, the hundreds of people who will be working at this new Amazon facility will be putting in some long hours and will need to grab some good grub when their workdays come to an end, right?

Taking into consideration everything from Google ratings and closing times to accessibility, variety of cuisine and ease of transportation, here’s how each city fared when it comes to late night fare and why. 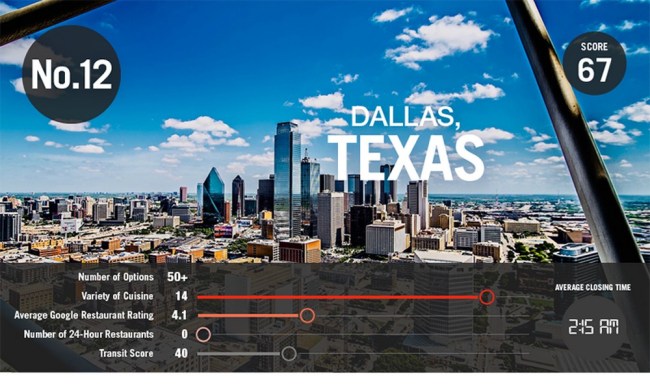 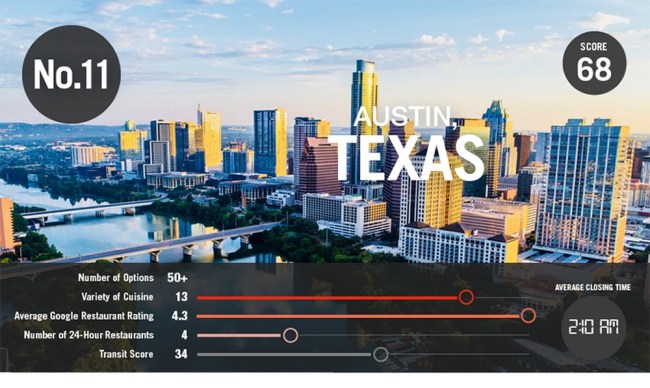 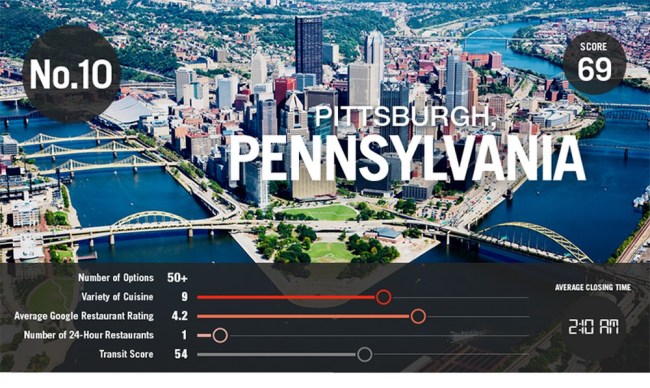 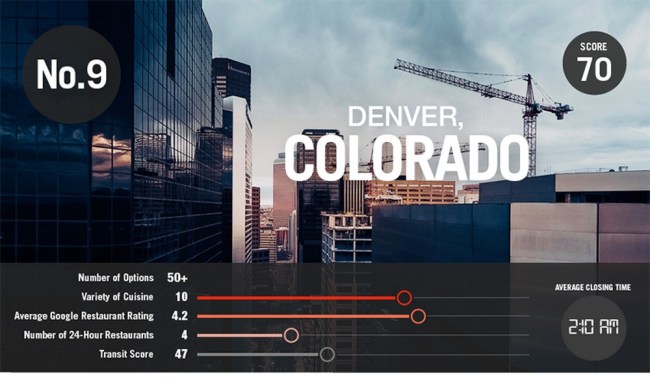 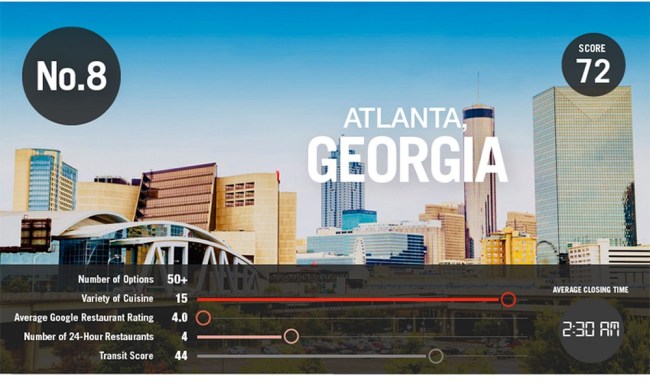 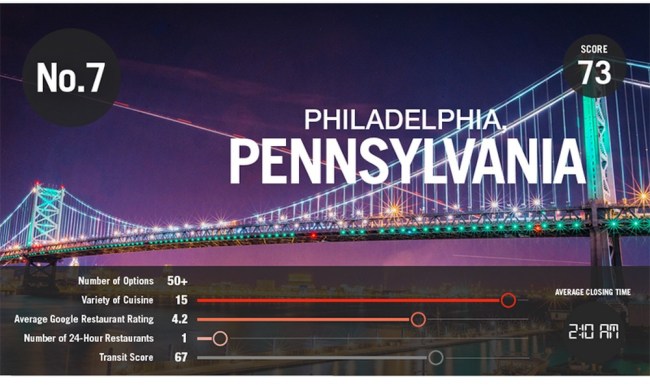 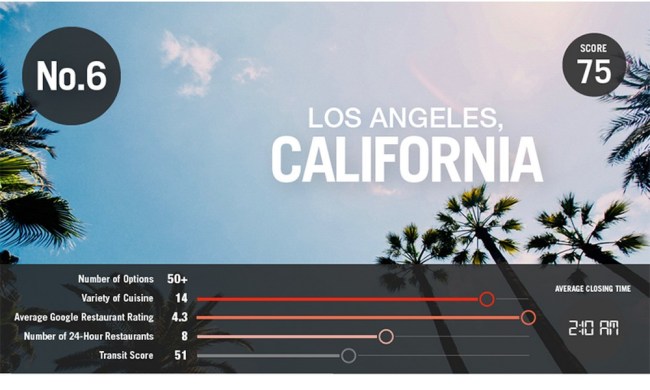 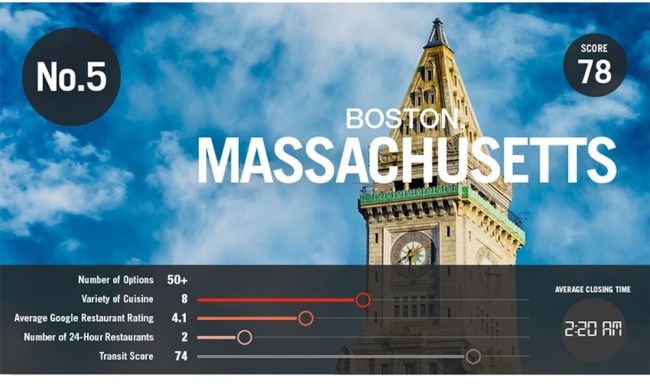 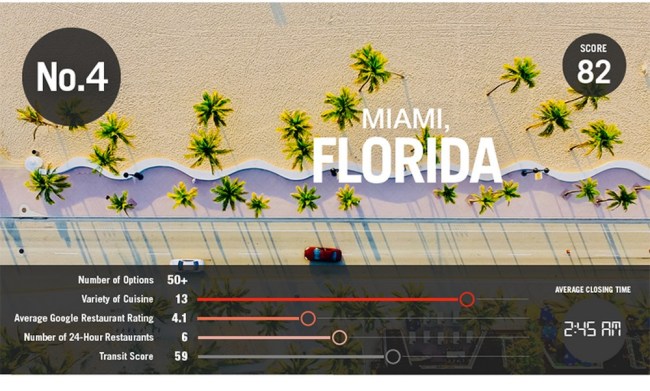 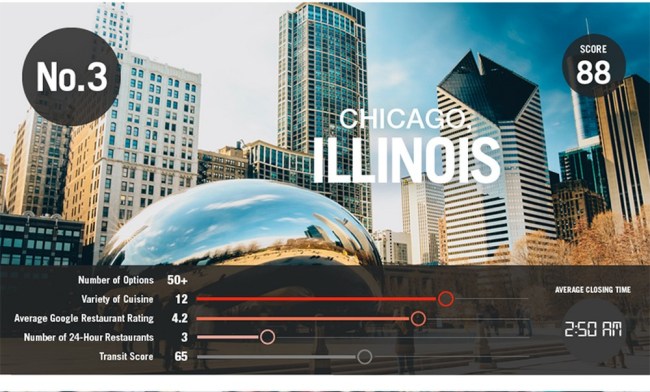 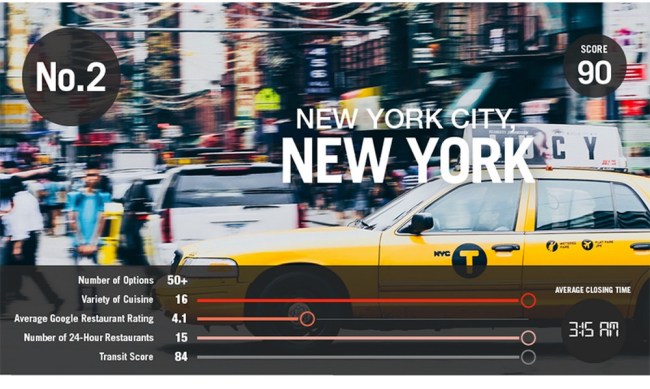 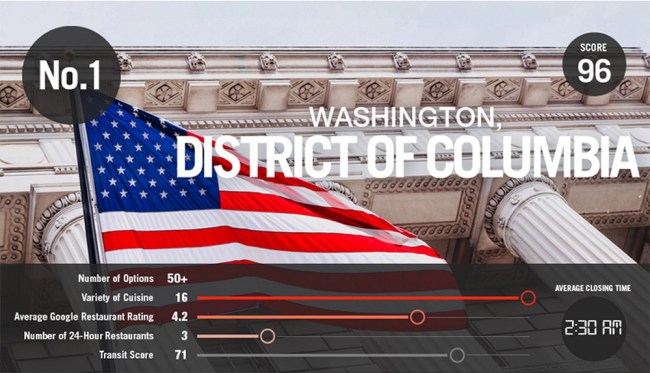 The survey looked at several factors to determine just how optimal the late night eats scene is at each city. First we checked the amount of restaurants available, then narrowed it down by variety of cuisine and the Google reviews of restaurants in each city. Next we figured in how late places were open on average, as well as number of 24-hour eating establishments and the public transportation score of each city. We also calculated the number of initial findings for late night spots on a Google Maps search and weighted each element to find each city’s total score.

View the complete results of the study here.