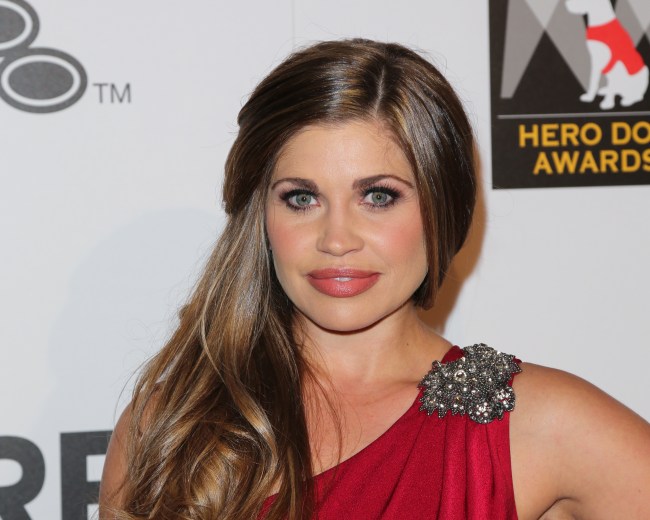 Jensen Karp could very well be the pinnacle of human evolution. He could adopt abandoned puppies in third world countries and not post to social media about it. He could be sinking his own money into finding a cure for childhood cancer. He could leave positive Yelp reviews.

Jensen Karp cannot do enough good in this world to change my opinion on him, which is and will always be: fuck him and the horse he rode in on (that he saved from a sure death at a glue factory and now is using to teach horseback riding lessons to underprivileged children).

Jensen Karp will never be able to overcome his one fatal flaw: he just married Topanga Lawrence and robbed me of a fantasy I’ve had since I was wearing Hulk Hogan undies and wearing light up sneakers.

Topanga, known to her mother as Danielle Fischel, married the Karp on Sunday in Los Angeles at the swanky Carondelet House.

According to Page Six, Jensen proposed to Topanga, who is now 37 years old (holy shit I’m old and have accomplished nothing), in May after the two started dating in 2017.

Jensen is the head writer for Drop The Mic on TBS, which is emceed by Method Man and model Hailey Baldwin. WELL LA-DEE-FUCKIN-DAH.

Please join me as I do what I do with all my exes new boyfriends: comb through their social media accounts and unfairly and irrationally judge them out spite and missed opportunity.

Hey Jensen, sweet jacket, what color is that–I’ve been on a beer bender for two weeks and haven’t had a sip of water? Boom roasted.

Yoo Jens, what side of the leash is the dog on!? TAKE A HIKE!

Jens, can’t believe you were willing to stand next to a sign that outs your penis size in inches. APPLY COLD WATER TO THAT BURN!!!

Congrats to the happy couple. I hope you guys go the distance, and by ‘go the distance’ I mean breakup in 4-6 weeks due to Topanga’s inescapable desire to marry an average looking blogger with a drinking problem.