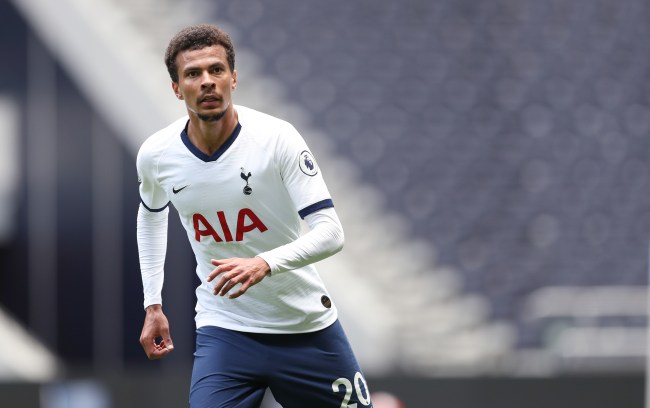 Spurs’ midfielder Dele Alli has received a one-match suspension for this video he posted:

@GaryLineker Dele Alli gets a one-match ban from the FA for this video. The FA & Dele say it wasn't racist when it clearly was? He made a Coronavirus joke about an Asian man. What do you make of it? A one match ban is ridiculously lenient. pic.twitter.com/YAEk9FFM4Y

Couple things: he posted the video in FEBRUARY. Remember February?! It was six years ago. EVERYBODY was making fun of this thing in the early going. I’m sure the intelligent folks have since deleted their posts, but even in early March, everyone under 30 was laughing and writing the disease off as a common cold.

Second, Dele Alli is 24 years old. That’s one of those facts you learn that makes you hop on the treadmill today, tomorrow, and then give up again. He’s scored a big goal in the knockout stages of the world cup. He’s also endured a violent knifepoint burglary where he was punched in the face a few times in his own home. The dude has accomplished more, made more, in 24 years than most of us expect to by fifty. So yes, he’s had to grow up quickly in many regards. But making tons of money and being an international superstar soccer player does not necessarily lend itself to social media street smarts. For that, I would suggest a few years of blogging at a media company. Dele, if you’re reading this, let’s get together for a week on the Adriatic. You supply the boat, I’ll teach you how to avoid the woke wrath of the internet.

Hell, the guy is wearing a Supreme hat. Supreme is for child hypebeasts. Come on.

From a racial standpoint, I guess he’s inferring that Asians are responsible for the disease, which rubbed a lot of people the wrong way. The FA disagreed and a one-match suspension isn’t more than a slap on the wrist, so he should be fine. Here’s his apology:

Certainly a bummer to miss the first game back from the hiatus, given that these guys must be dying to play again. But as far as tarnishing the young man’s legacy, I don’t think this will move the needle much.