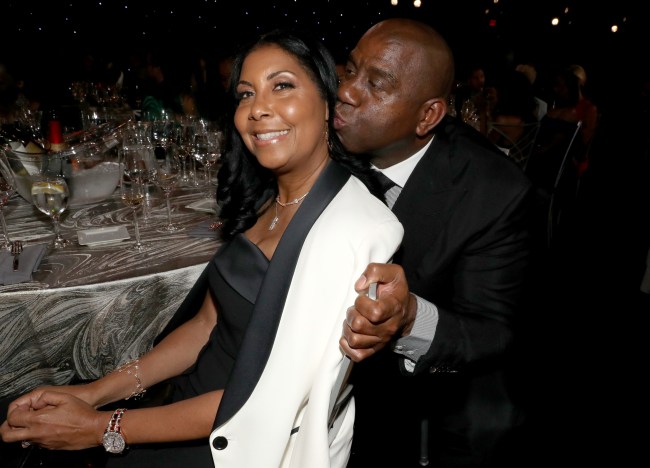 It is tradition for Magic Johnson to take six weeks out of each year to rent out stupidly luxurious yachts and sail them around exotic places with a handful of chosen celebrities.

Last year, Magic brought Steve Harvey and Samuel L. Jackson onboard The Siren, a 241-foot yacht with a weekly rental price tag of over $700,000 for the high season.

Magic upped the stakes this year by commissioning a yacht called the Aquila, a 281-foot ship that costs $1 million per week to rent. According to Burgess Yachts, the Aquila is the largest yacht to be built in the U.S.A. since the 1930s.

The 86.5m superyacht Aquila (formerly Cakewalk) owned by the Waltons – largest private yacht built in the US. pic.twitter.com/8Q7c5gEWH6

The superyacht officially fits 12 guests, who are catered to by a crew of 28 people and features a gym, cinema room, spa and two massage rooms, jacuzzi, a night-club on an outdoor deck, state-of-the-art a/v equipment with movies and music on demand, and satellite communications.

Here is Magic and his wife Cookie enjoying some time off the Amalfi coast.