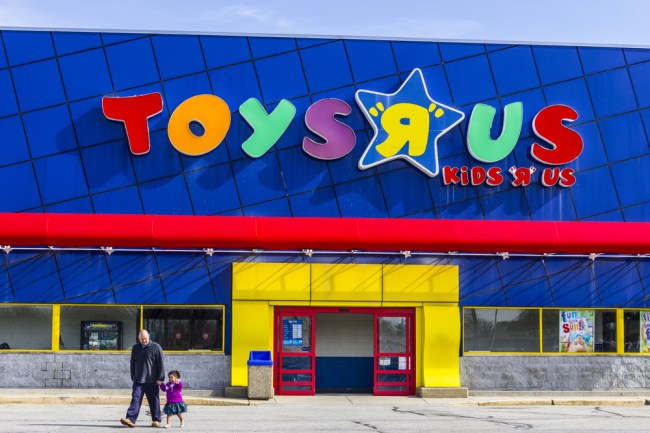 Do you not wanna grow up? Are you a Toys R Us kid? Well, bad news, you’ll soon not be able to be a Toys R Us kid because Toys R Us is planning to close or sell all of its more than 800 stores across the United States. And just like that, another institution from your childhood has disintegrated right before your eyes.

The toy store that had “a million toys” “from bikes to trains to video games” and was “the biggest toy store there is (gee whiz!)” is closing down for good. Toys R Us filed for bankruptcy protection last September and had already begun liquidating approximately 180 Toys R Us and Babies R Us stores. The toy store chain, based in Wayne, N.J., had an astounding $5 billion in debt and was spending about $400 million a year just to service it. Toys R Us is dead. Long live Toys R Us!

There was a hope that a strong holiday season could save Toys R Us, but the exact opposite happened as earnings were “well below worst case projections.” Toys R Us earned only $81 million in pre-tax profit in the fourth quarter, $250 million below the company’s target and a quarter of what it earned in 2016.

There is a possible plan that could potentially save about 200 stores and their Canadian operations from the retail apocalypse if they can find a buyer. Toys R Us said it only has enough money to pay its 33,000 workers for “no fewer than 60 days.” You can see a map of all the Toys R Us stores that are closing here. RIP Toys R Us.