A Trail Runner Broke His Leg And Crawled For 11 Hours Through Snow, And His Knees Might Be The Worst We’ve Ever Seen 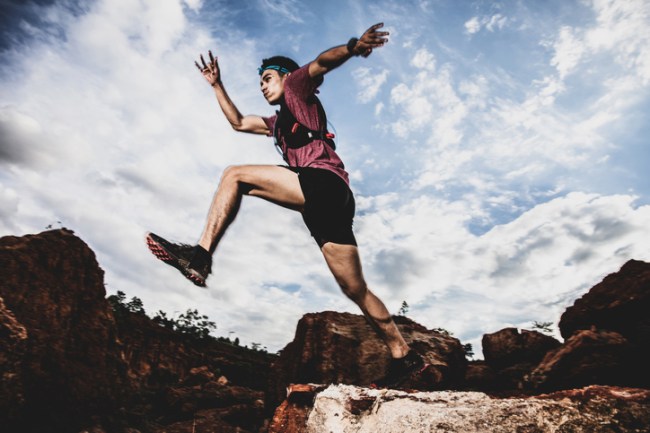 Have you ever seen a really cute dog that made you get on your hands and knees, just to get to the dog’s level so you could really play with it? But then, as you crawl around to entice licks and the furry goodness of the dog’s love, you realized that your knee bones couldn’t possibly take the pain of a hardwood floor, so you stood up after 30 seconds? Now imagine that same scenario, but instead of a hardwood floor, it’s snow-covered rocks and roots. And instead of 30 seconds, it’s 11 hours. And instead of a whoodle, it’s a pack of wolves hunting you like Liam Neeson in the underrated film The Grey.

That’s what Joe Oldendorf went through this weekend. The guy woke up, put on some shorts, and went running in the snow-covered wilderness. By himself. On a Sunday. Because, you know, the XFL games hadn’t started yet? We wouldn’t have much in common.

So he snaps his tibia on some ice. Keep in mind, he’s already run TWELVE MILES. In order to get cell service, he had to crawl seven hours. Then he stopped to wait, but it was so cold that he decided to keep moving. Eventually, the coast guard found him and airlifted him to a hospital.

Here’s a picture of his knees. Head’s up, it’s pretty gruesome:

His knees were so beat up that he had the idea to take his shoes off and put them on his knees for traction. Hand up, I laughed picturing this, because I’ve only ever seen people put their shoes on their knees when they’re pretending to play extremely short people in skits at summer camp talent shows. Apologies to little people. I would never do it myself.

Aron Ralston’s wilderness survival story (127 Hours) is still my favorite. But here’s what I’ve been wondering: do we consider these people heroes?

They are unquestionably brave. But heroic? I’m not sure you can throw hero around unless you’re doing something for the betterment of others. Which isn’t to say that any of these guys call themselves heroes, but I have heard others call them heroes. Just a little trail mix for thought.