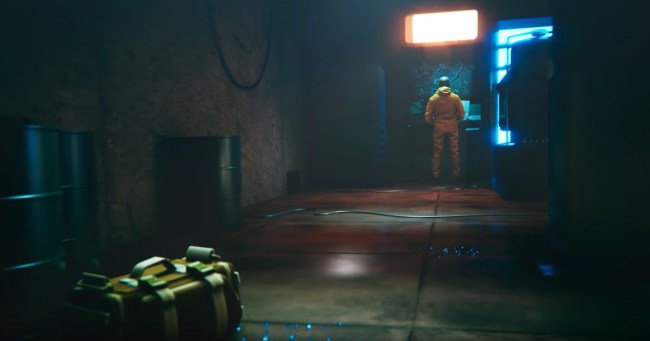 It’s been over five years since the final episode of Breaking Bad aired on AMC, but thanks to its incredible story and an excellent spin-off in Better Call Saul there is still a whole lot of interest in the show and its characters.

We recently heard news that a Breaking Bad movie is in the works, reportedly centering around Jesse Pinkman, according to SlashFilm, and will follow Jesse’s escape from Albuquerque, picking up after the series finale.

And while Bryan Cranston has said he would gladly appear in the movie, he has also stated that he has no use for a Breaking Bad reboot.

“I would go in a second but I’m not eager to rekindle. If there was talk of rebooting Breaking Bad and, ‘Oh my God, Walter White didn’t die after all,’ I wouldn’t do it,” Cranston said on SiriusXM’s Entertainment Weekly Radio. “Because to me it was such a perfect beginning, middle and end. To open that up again would lessen what we did before.”

Okay, Bryan, I feel you. But is it okay if I play the living hell out of this upcoming Breaking Bad: Criminal Elements mobile game? Because that’s my plan when it gets released sometime in 2019.

Series creator Vince Gilligan has already given it the thumbs-up!

The “Breaking Bad” mobile game will allow players to experience the complex moral decisions explored in the show, and the strategy elements will come from navigating those decisions while still running the drug operation successfully. Think like the “Rollercoaster Tycoon” series, except instead of running a successful theme park, you’re running a meth empire.

Players will assume the role of an “associate” of the famous duo of Walt and Jesse, according to the press release. Popular characters Gus, Saul, and Mike will also make appearances in the mobile game.

“We’ve had a great time working with FTX Games,” Gilligan said. “They care as much about the details as our creative team, and I have been very impressed with their commitment to building an authentic extension of the series’ story universe. think this will be a fun experience for fans, to interact with characters from ‘Breaking Bad’ in a completely new way.”