Bryan Cranston Shared What He Knows About The ‘Breaking Bad’ Movie; New Report Says It Will Be About Jesse 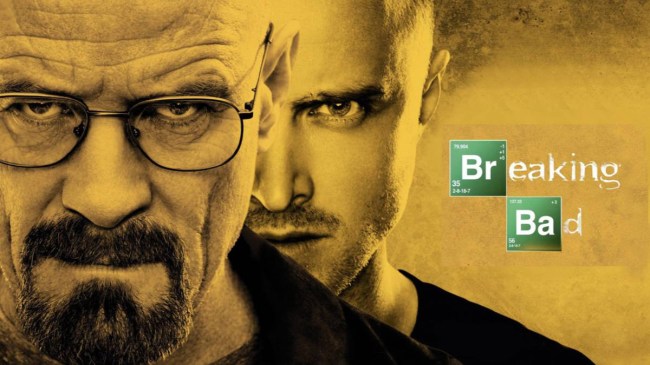 On Wednesday, Breaking Bad fans of the world rejoiced with the major news that there is going to be a new movie helmed by the show’s creator Vince Gilligan.

Details were scarce, we don’t even know if it is going to be a made-for-TV movie or something that we’ll get to see in the theater. What we do know, at least according to a guy who should know, Bryan Cranston, is that the announcement was legit and not just someone’s pipe dream.

We know this because, coincidentally, Cranston just happened to call into The Dan Patrick Show on Wednesday and was, of course, asked all about it.

One of the highlights of the interview was the fact that Cranston doesn’t even know if Walter White will even be appearing in the movie. This despite the fact that it is reporedly set to begin shooting in Albuquerque in mid-November under the code name Greenbrier.

“Yes. There appears to be a movie version of Breaking Bad, but I honestly have not even read the script,” Cranston told Patrick. “I have not gotten the script, I have not read the script, and so there’s questions of whether or not we would even see Walter White in this movie.”

Not that he wouldn’t do it if he was asked.

“If Vince Gilligan asked me to do it, sure, absolutely yeah,” said Cranston. “He’s a genius, and it’s a great story, and there’s a lot of people who felt that they wanted to see some kind of completion to these storylines that were left open, and this idea, from what I’m told, gets into at least a couple of the characters who were not completed, as far as their journey.”

He’s being cryptic, but if you know how the show ended and read between the lines, and believe a new report, the movie is going to be centered around Aaron Paul’s character Jesse Pinkman.

Last night, we learned that series creator Vince Gilligan was writing and executive producing a Breaking Bad movie, although it is unknown if he will also direct. It was also suggested that this will be a television movie, as it is being make through Gilligan’s deal with Sony TV, who produced the original show (which aired on AMC). There was even the briefest of brief loglines: the movie would “[track] the escape of a kidnapped man and his quest for freedom.”

And yes, Breaking Bad fans, you put two and two together correctly: we have confirmed that the kidnapped man is Jesse Pinkman and the movie will follow his escape from Albuquerque following the bloody events of the series finale. Naturally, Aaron Paul is set to reprise the role, which won him three Emmy awards for Best Supporting Actor in a Drama Series.

Also, in case you forgot, Gilligan did once speculate about what he thought Jesse would be up to following the series finale.

“My personal feeling is that he got away,” Gilligan theorized. “But the most likely thing, as negative as this sounds, is that they’re going to find this kid’s fingerprints all over this lab and they’re going to find him within a day or a week or a month. And he’s still going to be on the hook for the murder of two federal agents. But yeah, even though that’s the most likely outcome, the way I see it is that he got away and got to Alaska, changed his name, and had a new life. You want that for the kid. He deserves it.”

Oh, that really, really sounds good. Let’s hope that it turns out to be something like that.

Listen to Bryan Cranston’s full interview with Dan Patrick below…