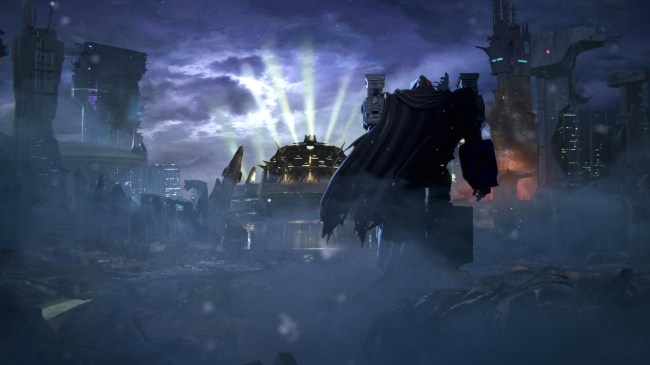 Transformers is one of those communism-esque franchises in the sense that it sounds good on paper but perhaps not so much in practice. “Oh, warring alien robots that can transform into vehicles and animals?! Fantastic! Sign me all the way up!” But then you look at the recent history of Transformers — particularly the Michael Bay-helmed franchise that consists of about 1.5 good movies and you realize that the product hasn’t been as promising as the premise. To be fair to the Autobots and Decepticons, though, they’ve been around long before Bay got his grubby paws on them — I actually remember watching the Beast Wars cartoon back in the 90s.

Since Bay has stepped away from Transformers, the prospects of the property have seemed to immediately improve, as the Bumblebee spin-off was better than any of the previous three Transformers movies, while this latest anime series over at Netflix looks legitimately badass. Not only am I getting Transformers vibes (obviously), but there’s a hint of Mad Max: Fury Road and Spider-Man: Into the Spider-Verse mixed in there as well.

Here’s the official synopsis for Transformers: War For Cybertron Trilogy, via Netflix:

It is the final hours of the devastating civil war between the Autobots and Decepticons. The war that has torn apart their home planet of Cybertron is at a tipping point. Two leaders, Optimus Prime and Megatron, both want to save their world and unify their people, but only on their own terms. In an attempt to end the conflict, Megatron is forced to consider using the Allspark, the source of all life and power on Cybertron, to “reformat” the Autobots, thus “unifying” Cybertron. Outnumbered, outgunned, and under SIEGE, the battle-weary Autobots orchestrate a desperate series of counterstrikes on a mission that, if everything somehow goes right, will end with an unthinkable choice: kill their planet in order to save it.