Travis Barker Reveals How 2008 Plane Crash Caused Him To Quit Opioids, Which He Began Using Due To Fear Of Flying 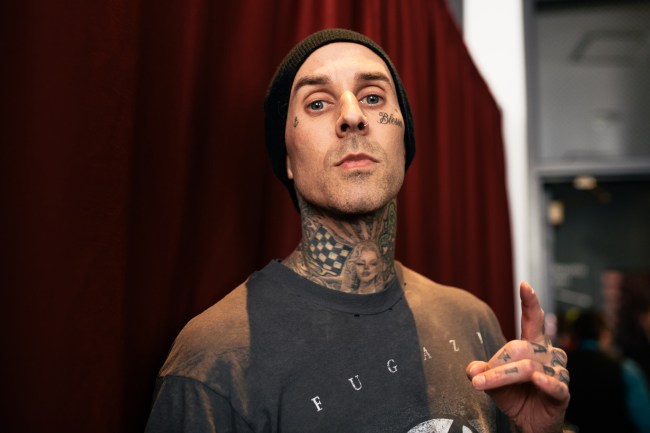 Travis Barker has not been on a plane since Bush was in office.

Since 2008, the rock star has been traveling by car and bus and has taken the Queen Mary 2 to Europe almost a dozen times, according to a recent profile by Men’s Health.

Barker’s phobia of flying is well-earned, after he was one of just two people to survive a September 2008 plane crash following playing a South Carolina show. During takeoff, the tires blew out, and the plane hit an embankment beyond the runway before bursting into flames. The two pilots, along with two of Barker’s close friends, were killed. Barker and collaborator Adam “DJ AM” Goldstein escaped through an emergency exit, and Goldstein put out the flames that engulfed Barker with the shirt off his own back.

Barker spent three months in hospital, undergoing surgery 26 times, after being burned across 65% of his body.

During a 2015 interview with ABC News, Barker revealed that hospital staff had to remove his phone from the room after offering his friends $1 million to take his life.

Barker, now 45, has put in the work to put the unspeakable tragedy behind him, and in a Men’s Health piece this week, he claimed that cheating death was the impetus for him breaking his addictions to painkiller (which he began taking to deal with the anxiety of flying while touring with Blink-182). His addiction was so bad that he depleted his body of calcium and developed osteoporosis.

In the hospital, he frequently came to during surgeries because his opioid tolerance was so high. By the time he got out, he’d had enough. He flushed all the medications he’d been sent home with down the toilet—“including stuff that I really needed”—and never looked back.

“People are always like, ‘Did you go to rehab?’ ” Barker says. “And I [say], ‘No, I was in a plane crash.’ That was my rehab. Lose three of your friends and almost die? That was my wake-up call. If I wasn’t in a crash, I would have probably never quit.”

Barker claims he’ll have a drink from time-to-time, but started using CBD “religiously” to recover from tours that required him to drum five hours a night.

“I was told I wasn’t going to run again because I had so many grafts on my feet, and there was even talk of me never playing the drums again,” Barker says. He treated it all as a challenge. (Barker, a lefty, taught himself to drum right-handed.) “As soon as I could walk, I could run. As soon as I could move my hands and my hands healed, I was playing drums. And now I’m in better shape than I’ve ever been.”

As far as the PTSD from his 2008 crash, Barker has made significant progress, attributing the reduced trauma to time and taking stock of the good stuff: “Now it’s been so many years, it’s getting easier for me. There are days where I’ll wake up and never think about it.”