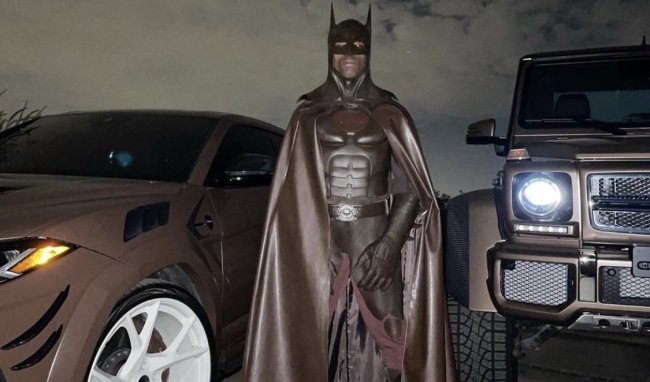 Does the fact that I think Travis Scott is a wildly overrated rapper have anything to do with this article (sorry, youths, but I just don’t dig his music)? Eh, not really. The true basis for this article falls more under my knowledge about and passion for Batman than it has anything to do with Travis Scott, who deleted his Instagram over the weekend after fans dunked on his poop-colored Batman costume. It just goes to show that even when you’re filthy rich and have one of the world’s most famous women as your baby mama, you’re not above getting your feelings hurt over your shitty Halloween costume.

If Travis Scott wanted to match with his brown cars so badly then he should've just dressed up as Knightmare Batman. Easy fix. pic.twitter.com/z59gLyAIXz

Travis Scott deleted his Instagram after fans made fun of his Batman costume 🦇😂 pic.twitter.com/tZhuQdzY55

Travis Scott calling the company who sold him his batman costume after getting flamed pic.twitter.com/ODYgfYXTEh

Travis Scott after deleting his Instagram acc from posting his Batman costume: pic.twitter.com/L2jMewu37H

Travis Scott after everyone roasted his batman costume pic.twitter.com/3wOJAbEany

The strangest part of Scott’s costume is that it was a choice. According to the Google Machine, Travis Scott has a net worth of about $40 to $50 million (not even counting Kylie’s billion), which means he was the money to buy any Batman suit in the world. It seemed like the dude struck up quite the friendship with Christopher Nolan over the summer, I’m sure he could’ve just phoned in a favor and picked up Christian Bale’s suit from The Dark Knight trilogy if he really wanted to. He even could’ve rocked Ben Affleck’s objectively cool Knightmare Batman look if he was so desperate to match with his cars. 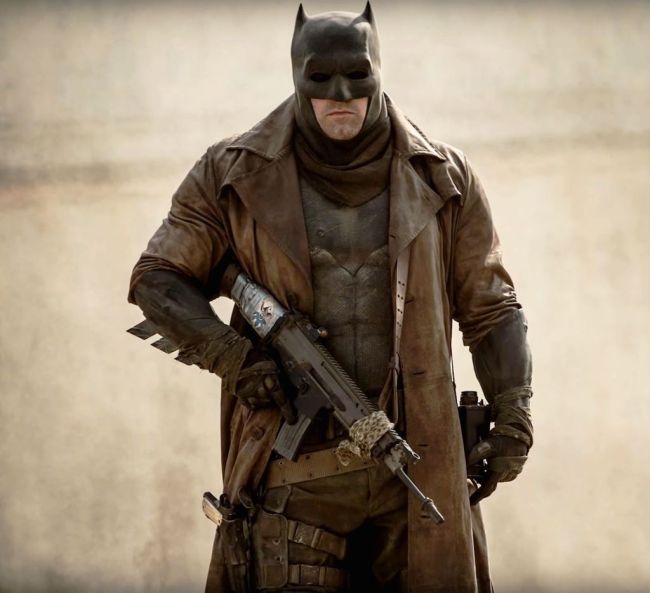 Perhaps more bizarre than the Batman costumes he didn’t wear is the one he did — feel like you definitely have to go out of your way to find a poop-colored Batman suit, especially one that intricate. This screams custom-made to me and that’s probably why Travis took all of the internet’s jokes so personally. You just know as he was setting up his IG photo with his poop-colored Batman suit and his poop-colored life-size Hot Wheels cars he thought to himself “man, this shit is dope”, so when the internet rejected Scott’s idea of what’s cool, he short-circuited: these kids used to be paying over $1500 Travis Scott-branded dunks and now they’re clowning on him like he’s Ben Wyatt. Life comes at you fast. Maybe sticks to ab workouts and carrying Kylie’s purse and leave the nerding to us nerds.