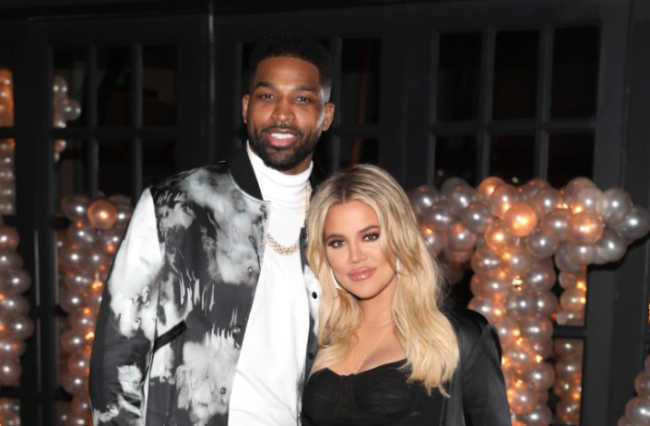 Tristan Thompson and his legal team are going on the offensive to squash any rumors that he cheated on Khloe Kardashian.

Last week, Instagram model Sydney Chase appeared on Adam 22’s ‘No Jumper’ podcast to claim she had hooked up with the NBA star recently after he had reconciled with his wife.

Sydney Chase said in a No Jumper interview: “We talked, we hung out multiple times, we went out together, everything.” Chase claimed she asked the NBA star — who reconciled his relationship with Kardashian, 36, last summer — “Are you single?” and he allegedly responded, “Yes.” pic.twitter.com/Vlvu3k9H9L

The Blackout Girls appeared on the No Jumper podcast wearing black skin-baring outfits. Soon Sydney joined them on the podcast and the women began discussing Syndey and Tristan’s alleged affair.

At one point in the podcast, Erika turned to Sydney asking her, “How was Tristan Thompson’s d**k?” To this, the model replied with a grin and said, “It was a peek-a-boo d**k but baby it was good.” Sydney also showed intimate pictures from their alleged encounters with the women.

According to a report by Page Six, Adam 22 was forced to delete the episode in question from his Youtube page after Thompson’s lawyers served him with a cease and desist letter.

Tristan Thompson took legal action against the podcast on which Sydney Chase claimed she slept with the Boston Celtics player.

Adam John Grandmaison, the host of the “No Jumper” podcast, told Page Six on Tuesday that he erased the initial video because of the cease and desist he received from Thompson’s attorney, Marty Singer.

“Yeah we got a cease and desist and deleted it,” Adam shared. “Honestly, I wouldn’t have posted it in the first place if I knew it was going to mess up a relationship.”

Singer also confirmed to Page Six he sent the cease and desist.

Singer also sent a cease and desist to Chase, but she hasn’t responded.

As for Chase she recently uploaded a screenshot of Khloe Kardashian trying to message her on Instagram over the infidelity claims.

WHAT COULD GO WRONG: Khloé Kardashian exposed by Instagram model Sydney Chase, with whom Tristan Thompson has been allegedly cheating on Khloé. Sydney posted a screenshot showing alleged DMs from Khloé, one asked for the conversation to remain confidential. Post has been deleted. pic.twitter.com/wqjzXv6f2q