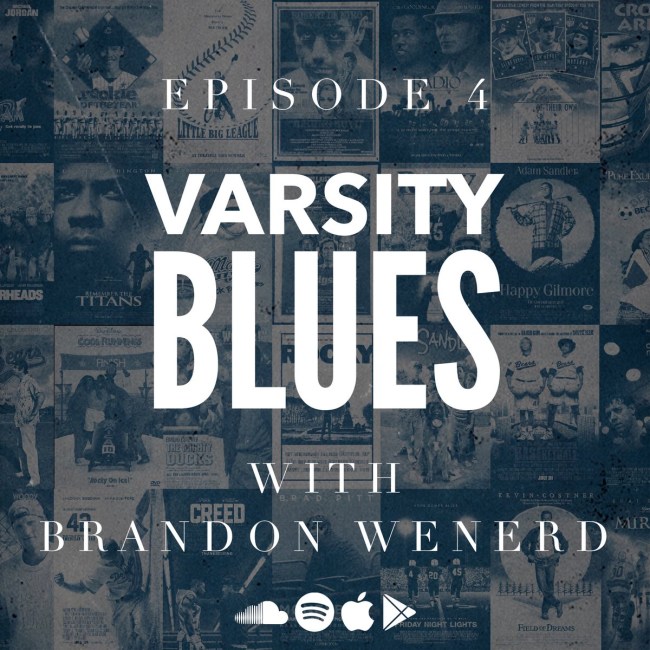 A couple weeks ago, Kyle Bandujo asked me to come on his new podcast breaking down classic sports movies. It’s called Trouble With The Script and it’s a fantastic idea for a podcast: Watch a classic sports movie and rag on all the dumb shit about it, both in the sports scenes and with the plot of the movie as a whole – while also celebrating the cultural experience these movies had for us growing up, as aging millennials.

Go listen to it and subscribe on iTunes and Spotify.

Ironically, we recorded on the same day the news broke about Operation Varsity Blues, with celebrities like Lori Loughlin getting nabbed for bribery and fraud to get their kids in schools like USC.

We covered all sorts of topics about Varsity Blues itself, including the following:

All in all, fantastic trip down memory lane. And it makes me miss the hell out of Ron Lester, the actor who played Billy Bob. He’s one of the all-time great sports movie characters in my book.

Again, go listen to it and subscribe on iTunes and Spotify. 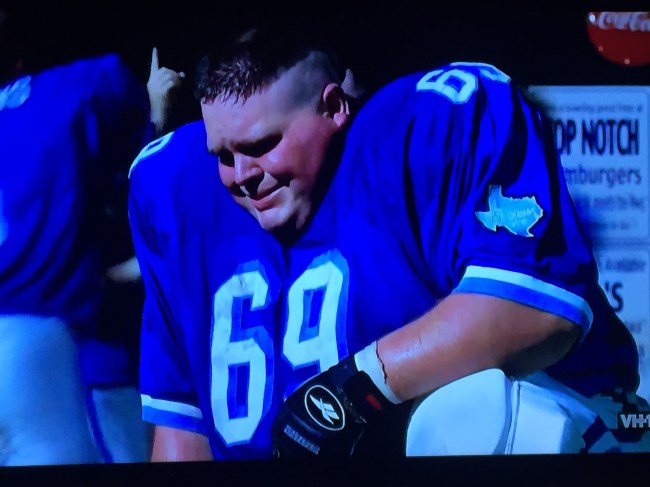 Kyle is going to blow this podcast up, especially as more and more guests become on. Here’s what’s coming up next, so definitely subscribe on iTunes!

If you’re looking to be up to date on the movies for the upcoming episodes, make sure you rewatch:

Ok, so everyone in West Canaan definitely knew what Miss Davis’ side gig was.

‘Varsity Blues’ with @brandonwenerd is live now wherever you get your podcasts.

If you haven’t yet listened to today’s episode of @TroublePod on ‘Varsity Blues’ yet, you should.

Or Bud Kilmer will choke your ass.

If you love ‘Varsity Blues,’ but hate that they don’t explain why West Canaan doesn’t go to the playoffs at the end of the movie, then you’ll like @TroublePod.

Subscribe and look for episodes on your favorite sports movies coming soon. https://t.co/I4LgNwsEEf

One of the best parts of doing the 'Varsity Blues' episode of @TroublePod with @brandonwenerd was reminiscing about the soundtrack.