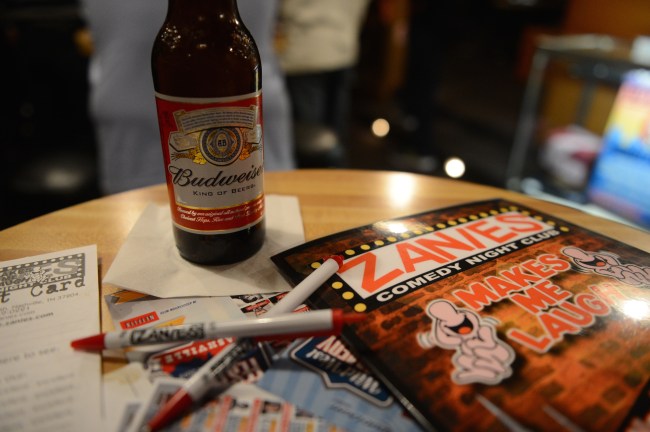 If you ask any headlining comic to name their top comedy clubs in the country, the majority will have Zanies Nashville on their list. It’s one of the best places to perform in the country. The staff is incredible, the owner knows how to treat comics, the green room is comfortable and well-stocked, and the club is designed to maximize capacity and laughs.

Which is why I audibly gasped when I saw that a massive dump truck had barreled through the wall yesterday:

A Nashville comedy club was heavily damaged after the driver of a dump truck crashed into the building Tuesday afternoon.

The impact of the crash damaged the brick façade, tore a hole into the building and caused damaged to the interior of the club.

In comedic fashion, the club joked on social media that, “Like it or not, we now have some outdoor seating!!”

Fortunately, nobody was hurt. Nate Bargatze might need a little facial reconstruction though:

Nate is one of the best comics going right now. His Instagram stories from yesterday are worth a watch before they disappear. I’m sure they’ll bring the muralist back to add some touch-ups, once the wall is replaced. Sorry Nate.

Here’s a clip of me performing at Zanies, from 2019, shot on what appears to be a home security camera from a house that is VERY prone to burglary: