A Semi-Truck Overturned And Spilled 60,000 Pounds Of Busch Beer And The Photos Are Devastating 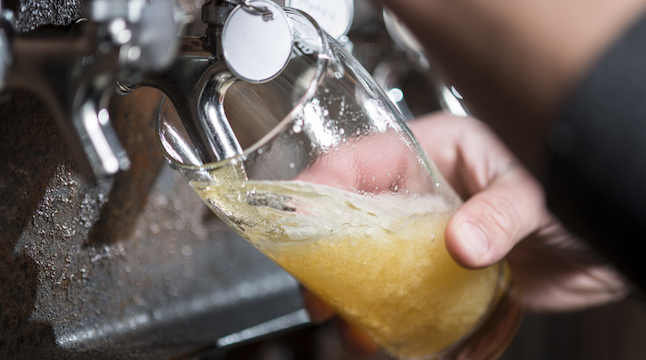 Very few things chap my ass in life more than tossing empties after a party and picking up a can that is 60 percent full. It makes my blood boil. Sure I’ve wasted a plethora of things in my life–time, money, athletic prowess, etc., but there’s something so intentionally malicious and irresponsible about a wasted beverage.

The limits of my pet peeve were tested today upon finding out that a semi-truck carry 60,000 pounds of beer of Busch beer on a Florida highway were wasted after an irresponsible driver crashed his truck.

***I must warn you that the below photos are not for the faint of heart.***

A South Carolina truck driver caused quite a scene on I-10 Wednesday morning after spilling nearly 60,000 pounds of beer onto the highway in Okaloosa County.

According to a Florida Highway Patrol press release, Michael Nolan Powell, 44, of Simpsonville, South Carolina, was driving a tractor-trailer west on I-10 at 2:40 a.m. when he failed to maintain his lane.

As a result, the tractor-trailer traveled onto the north shoulder of the road and overturned on its passenger side, causing an estimated 60,000 pounds of Busch beer to be thrown from the trailer, the press release stated.

Oh yeah, the dude who crashed the semi-truck was not harmed, but that’s an afterthought.