Someone Figured Out The True Cost Of Owning An iPhone Over The Course Of Your Life Is $300,000! 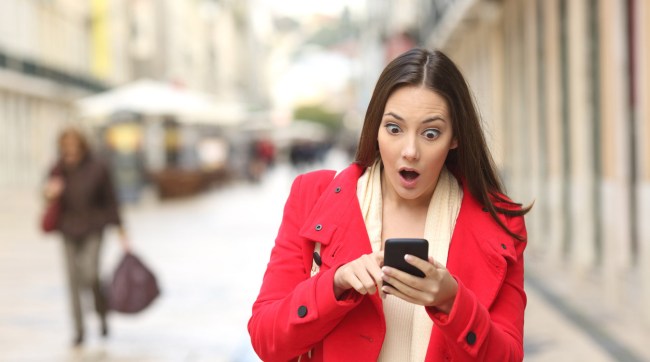 You know why rich people like the owner of the Phoenix Suns, Robert Sarver, still uses a flip phone and not the latest and greatest smartphone offerings from Apple or Samsung? It’s because he’s smarter than the rest of us are.

I say that because someone figured out the true lifetime cost of our beloved iPhones and it ain’t pretty.

First of all, we have these calculations by valuation company Flipsy…

The average selling price for a smartphone in North America is $567, with an average upgrade cycle of 32 months. If you were to buy your first smartphone at age 18 and upgrade every 32 months until the age of 78 (the average life expectancy in the U.S.), you would purchase a total of 22 smartphones. Based on current average pricing, that puts your total expense at $12,474.

That’s a hefty bill, but it pales in comparison to what you’ll pay for wireless service. Based on current unlimited plans, you can expect to spend around $80 per month, totaling $57,600 over 60 years.

Add in 60 years of app purchases at an average of $88 per year, and the grand total you’ll pay for smartphones over your life comes to $75,354.

Even if you think that number is high, it’s still pretty eye-opening.

So how does it actually cost $300,000 over one’s lifetime? Well, you take that number and you factor the opportunity cost into the equation.

Put that money into an investment account, and factor in long-term returns of around 4 percent a year after inflation, and you reach that $300,000.

As with all calculations, there are plenty of assumptions about average users. But they help show the value of reducing these bills. Based on these calculations, someone who buys a cheap $150 Android phone every two years, and switches to a $20 a month plan, would add more than $200,000 to their retirement account.

Oh, one more thing to ponder with regard to iPhones. That $75,354 figure does not account for inflation (or cell phone accessories).

Flipsy crunched a few more numbers, using inflation, and what they came up with is frightening.

That means iPhones prices could outpace average inflation by $3,247 over the next 20 years.

When you compare that insanity to the rate of increase for the average wage in the United States, it means the average American will have to work 118 hours to buy an iPhone in 2038. Right now, in 2018, it takes an average of 24 hours of work to afford one.

Of course, you can’t go without a smartphone, but if you were to cut your costs in half and put the other half into a retirement fund, you could (on average) invest $52 per month over 30 years, yielding a value of $87,675.

That would certainly buy a lot of vacations later in life, wouldn’t it, Generation Z?