Truly Is Raising The Stakes With Tallboys Of ‘Extra Hard’ Seltzer 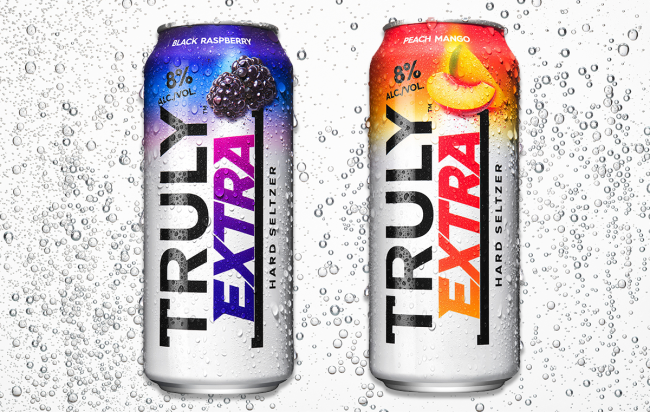 It’s been a couple of years since hard seltzer took the world by storm seemingly overnight thanks in no small part to the legal immunity that apparently comes with drinking a White Claw.

It was a pretty interesting development, as hard seltzer wasn’t necessarily a new innovation; I remember giving it a whirl a few years before it blew up during a time in my life when I frequently used it as a mixer when whipping up vodka sodas on those nights where I was in a particular hurry to get to where I was looking to go.

The market is currently flooded with an overwhelming number of options in this particular realm, and while Mike’s Hard Lemonade may have recently perfected the art with its newest offering, it and the other brands who’ve scrambled to get in on the action are standing on the shoulders of the giants who blazed the trail.

This includes Truly, which made its grand debut in 2016 and played a major role in help sparking the craze. While it had a hard time measuring up to the rest of the competition when I conducted a taste test in the wake of the Summer of Hard Seltzer, it tweaked its recipe with impressive results and has continued to tinker with the formula.

Now, it’s unleashing a new creation for people like myself who are looking for a bit more oomph than what you’ll find in its flagship offering in the form of Truly Extra Hard Seltzer, which has started rolling out across the United States. In addition to upgrading the ABV to 8%, the Blue Raspberry and Peach Mango varieties also come packaged in 16-ounce tallboys as opposed to the slimmer 12-ouncers that have become the standard in the hard seltzer space.

Just when I thought I was out, they pull me back in.