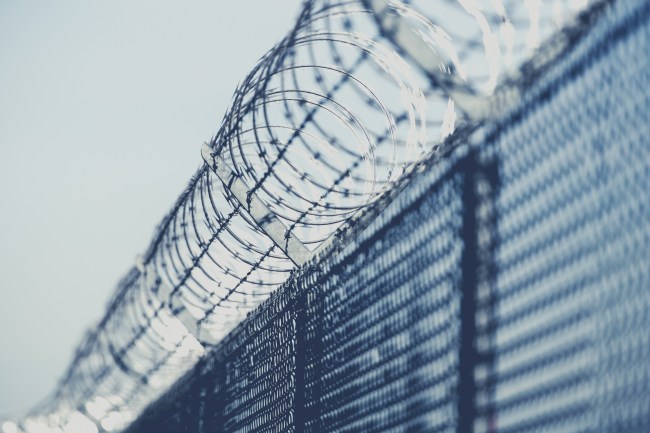 I’ll be honest, I was 99% certain this story had taken place in the state of Florida before I clicked the headline and read the article. As a born and raised Floridian, I’m used to seeing a constant flow of batshit crazy news like this coming out of my home state. Lo and behold, this all went down in Oklahoma.

In this instance, a woman in Oklahoma was caught using a t-shirt cannon to fire illegal contraband over the fence of prison and into the yard. She tried to shoot all sorts of illegal shit into the prison like meth, weed, cigarettes and more according to Dan Gartland of SI’s Extra Mustard:

The Oklahoma Department of Corrections says security at North Fork Correctional Center in Sayre saw someone launch a package over the fence Sunday morning near a housing unit. They say they locked down the unit and followed the suspect and OHP pulled her over not far from the prison.

They arrested Kerri Jo Hickman and say they found a t-shirt gun and another plastic package in her vehicle. They booked her into the Beckham County jail for introducing contraband into a penal institution, conspiracy and drug trafficking.

You’re probably SHOCKED to learn that this isn’t this woman’s first arrest She has prior convictions in three Oklahoma counties. After this arrest, police checked her home where *SURPRISE* they found more drugs, according to Newson6.

It’s not what I’d consider the best way to smuggle drugs (I think a submarine or tunnel is more effective) but it certainly seems to work. If there’s an impediment you either go over or under, and it seems pretty damn easy to go over when all you need to do is shoot some drugs into the air. For more on this story, you can click here to visit Newson6.