Tulsa Will Give You $10,000 Plus Other Great Perks Just To Move There 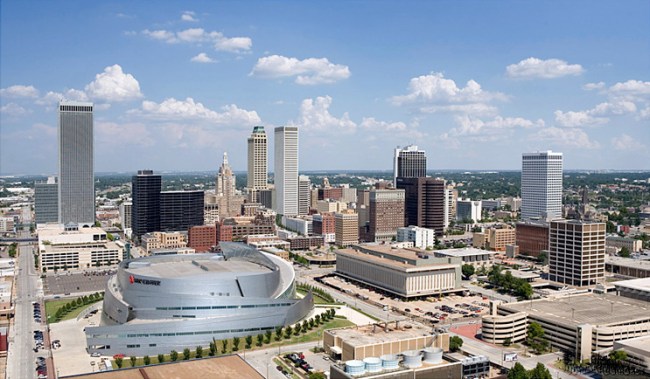 Tulsa is attempting to entice people to move to their city by offering $10,000. The sweet deal will reward eligible candidates $2,500 in relocation costs, a $500 monthly stipend, and a $1,500 bonus once you have lived in Tulsa for 12 months. The program also delivers a free membership to 36 Degrees North, a co-working space in the city, which usually charges at least $149 a month. Other perks include living in new furnished apartments in the Tulsa Arts District at a discounted rent, plus free utilities for the first three months. However, to qualify for that generous relocation persuasion you will need to be a full-time remote worker or self-employed outside of the state.

The Tulsa relocation incentive, which is named “Tulsa Remote,” was financed by the George Kaiser Family Foundation and in 2019 will offer between $250,00 to $500,000 on 20 to 25 lucky recipients. Tulsa is looking to add tax revenue and people who will spend outside money in Oklahoma’s second-largest city, while also not taking away jobs from local Tulsans.

RELATED: Top 20 Boomtowns Released And Cities In Texas Dominated The List – See Where The Jobs Are

“So many people share with us that they’re attracted to potentially moving here, especially from people in more expensive cities,” said Ken Levit, executive director of the George Kaiser Family Foundation. “If you can come to town, and bring your job here, it can be a home run.”

“We are looking for talented and energetic people who not only will consider relocating permanently to Tulsa but especially for people who want to make something happen here — to add to the dynamism, idealism and get ‘er done spirit of Tulsa,” added Levit.

Oklahoma has one of the lowest property tax rates in the country and Tulsa relies on a higher sales tax of 8.517 to fund the government. So remote workers who are buying things with money from outside the state will help the economy. Tulsa is ranked the 91st city in terms of fitness in the United States, but is also the 14th most deadly city in the U.S. with a murder rate of 18.6 per 100,000.

This isn’t the first time that we’ve seen places offer monetary motivation to move to places. Five months ago Vermont announced their program to offer $10,000 to people who work from home to relocate to the state. Even Italy was giving away literal castles to people who moved to the area.

RELATED: List Of Cheapest Cities In America Worth Browsing If You’re Broke And Looking To Move