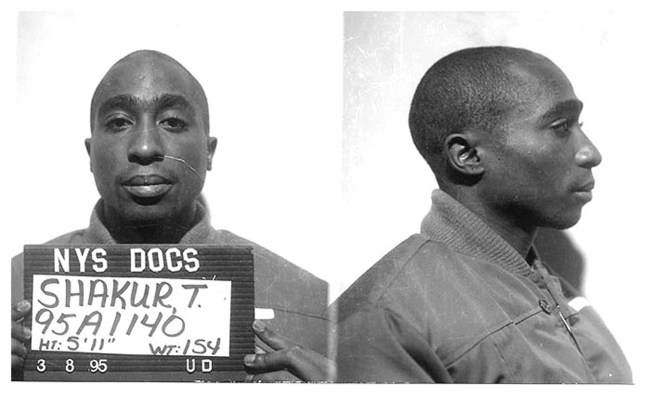 Looking for a rare piece of Tupac memorabilia? You are in luck because Tupac Shakur’s prison I.D. is going on sale on July 1.

Tupac Shakur’s first identification card from his 1995 incarceration is going up for sale and you can buy it very soon. Tupac’s laminated I.D. from the Clinton Correctional Facility will go on auction on July 1.

Memorabilia company Heritage Auctions is selling the Tupac memento and bids will start at $2,000. The company believes that the prison I.D. will fetch as much as $6,000.

How much are y’all willing to pay for #Tupac’s prison ID?? It’s officially FOR SALE starting July 1st! 😳🤔

Tupac Shakur was arrested on the sexual abuse charges in New York City on November 18, 1993. A then-teenage Ayanna Jackson claims that Tupac invited her to an after-party at his room at the Parker Meridien Hotel in New York City. Pac and his entourage were in the living room of the suite. She went to the bedroom with Tupac.

Jackson alleges that friends of Tupac came into the bedroom while she was making out with Shakur. She claims that she was raped by Shakur and three of his friends while Tupac’s manager, Charles Fuller, watched it all happen.

Shakur faced up to 4.5 years in prison. He was convicted of first-degree sexual abuse charges and sent to the Clinton Correctional Facility in Dannemora, New York. Shakur started his prison sentence on February 14, 1995, and was inmate #95A1140. Shakur was released on October 12, 1995, after serving nine months on $1.4 million bail, which was paid by Death Row CEO Suge Knight. Less than a year later, Tupac died.

Tupac has maintained that he was innocent of these crimes until his shooting death on September 13, 1996, at the age of 25, including during an appearance on The Arsenio Hall Show in 1994.

Ayanna Jackson did an interview in 2018 on Vlad TV where she claimed that she was sexually assaulted by 2pac and three other men.

You can read the latest news about Tupac HERE.