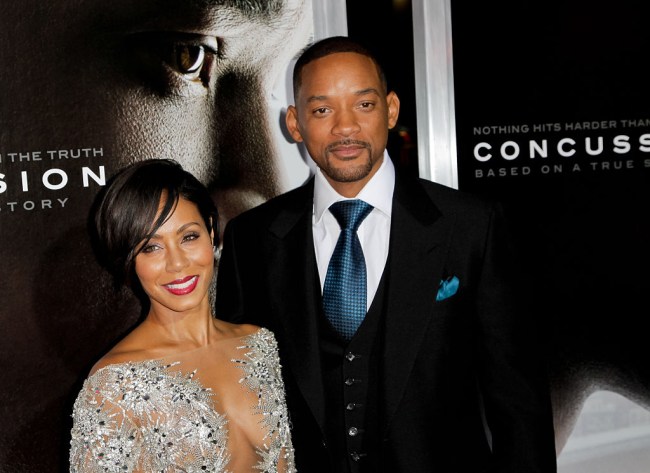 Jada’s mom, Adrienne Banfield Norris, added, “[It was] a sexual experiment.” Thanksgiving is gonna be lit at the Pinkett-Smith house.

The Girls Trip star also talked about Tupac Shakur, who she met when she was at Baltimore School for the Arts in 1989. Jada talked about Tupac in an MTV interview before the 2019 MTV Movie & TV Awards earlier this week where she won the Trailblazer Award.

Jada told Josh Horowitz that Tupac got her the role in the 1993 movie Menace II Society. Jada Pinkett Smith added, “There’s not a day that goes by that I don’t think about Pac. I think about him every single day.”

Before Will Smith gets too jealous, Jada says the young Tupac was just a friend.

“It was the first day and he came over to me and introduced himself,” Jada said. “And in high school, Pac was a little funny looking. Definitely from looking at him, wasn’t necessarily the type of cat that I would even like, deal with.”

“He was one of my best friends,” Jada says of Shakur. “He was like a brother, it was beyond friendship for us as far as just, the type of relationship we had, you only get that once in a lifetime.”

“You know, it’s so funny because now being older, I have more of an understanding of what that was between us,” Jada told Howard Stern about 2pac. “When you have two young people that have very strong feelings, but there was no physical chemistry between us at all, and it wasn’t even just for me — it was him too.”

“There was a time when I was like, ‘Just kiss me! Let’s just see how this goes,’ and when I tell you it had to be the most disgusting kiss for us both,” Jada said.

Jada said on The Howard Stern Show that the bad kiss was sent by a “higher power” because “we might have killed each other because we were both so passionate and we love deeply.”

Tupac Shakur would end up dying on September 13, 1996, at the young age of 25 after being gunned down in a drive-by shooting in Las Vegas.

Before Tupac’s death, Shakur and Jada had a falling out. “He felt as though I had changed,” Jada said. “I’d gone Hollywood. I’d gone soft. And looking back now, I totally understand where Pac was at the time. It was a mentality he started to come out of before he was murdered.”

“My sort of addictions jump. They jump around,” Jada explained on Red Table Talk nearly a year ago. “When I was younger, I definitely think I had a sex addiction of some kind, yes, that everything could be fixed by sex. You know what I’m saying?”

“It’s not what you’re doing but how you’re with it,” Jada said of addictive behavior. “Why you’re doing it. It’s the behavior that’s attached to it because if you want to have a lot of sex, that’s great, but why are you having all that sex? That’s what you’ve got to look at.”

“I’ve had a lot of experience with sex toys — lots,” Pinkett Smith admitted on the show with her daughter as co-host.

“I don’t think I used toys with a partner, but I did use toys a lot alone,” the actress revealed. “I gave myself multiples first. Multiple orgasms. I was really into it at one point. Just because I was in an exploration state and I was abstaining from men.”

“I actually think like I went through kind of an addiction too with it,” Jada said. “One day I was like, enough, I was having like five orgasms a day. You can create so much pleasure, you just constantly want it.”

“That’s some next level, right there,” Willow Smith added.

“I remember reaching a rock bottom that time I was in the house by myself and I had those two bottles of wine and was going for the third bottle,” Smith said of her alcoholism. “And I was like, ‘Now hold up. You’re in this house by yourself going onto your third bottle of wine? You might have a problem.’”