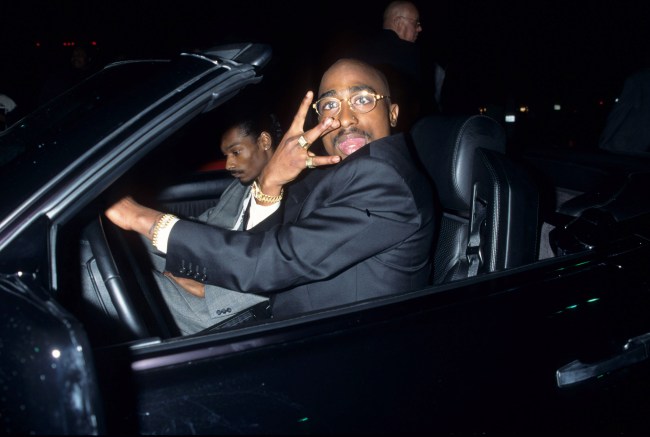 Imagine the cultural clout you gotta have to have people arguing about the validity of your death two decades after it *allegedly* happened. People just praying that your death was a hoax and you’re locked up in a studio in Motuo, Tibet making music that will change the course of the universe. Locals in Cuba say he is alive and well and living among them. Legendary rapper Too Short claims Tupac faked his death and is right as rain. The conspiracy theories are endless.

Regardless if Tupac is alive or dead, the influence he had on rap music and culture at large is immeasurable. That’s why, 22+ years after his death, people from all corners of the earth are shelling out big money to own even the most seemingly trivial of Tupac’s possessions. Tupac’s handwritten lyrics to “Dear Mama” went up for sale for $75,000 a couple years back. The poetic handwritten letter Pac sent Death Row Records publicist Nina Bhadreshwar during a prison stint that sold for $172,725. The asking price was just $11,000. Hell, the BMW Tupac was shot it *allegedly* was auctioned off for $1.5 million.

Most recently, Pac’s hand-drawn love letter to his girlfriend, Desiree Smith, sold for $21,155.75 during the Steiner auction.

Warning: If you’re at the office, make sure snitches aren’t looking over your shoulder before peeping the art. 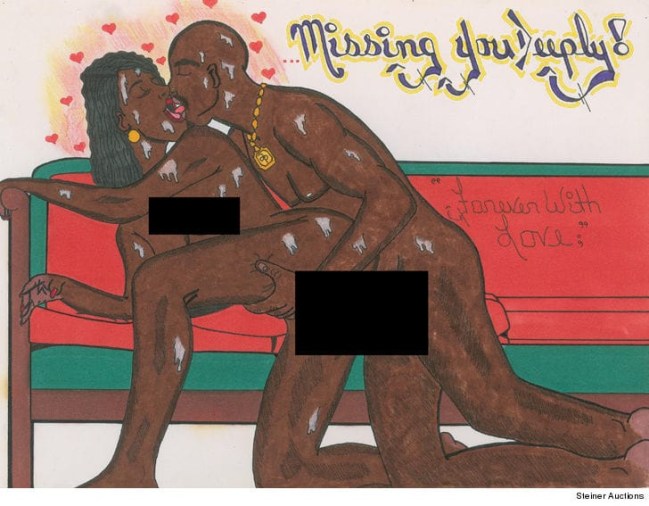 Impressed with the artistic skills. Not sure why they’re both covered in baby batter, but I guess I can give the greatest rapper to ever live a little artistic license.

According to TMZ, the winning bid belongs to a very wealthy man in his 60s. The art also included the hand-decorated envelope and love letter he sent to Smith in 1995, while imprisoned at Clinton Correctional Facility in Dannemora, NY.

It pains me to think that the man who bought this piece of art has likely whacked it to it. I need a shower.